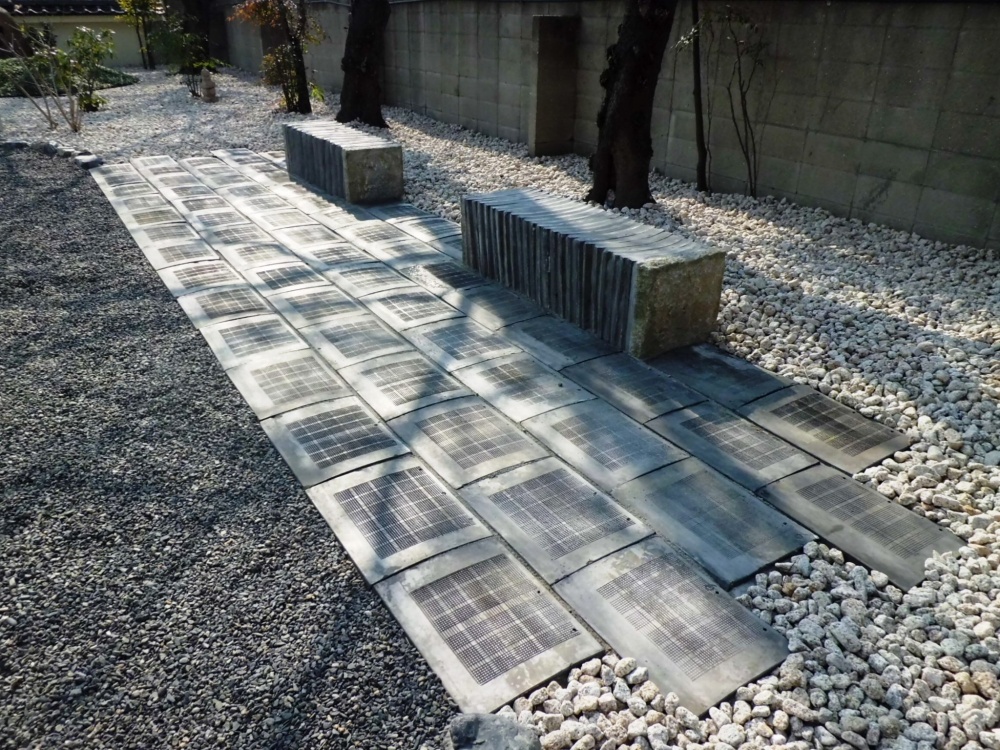 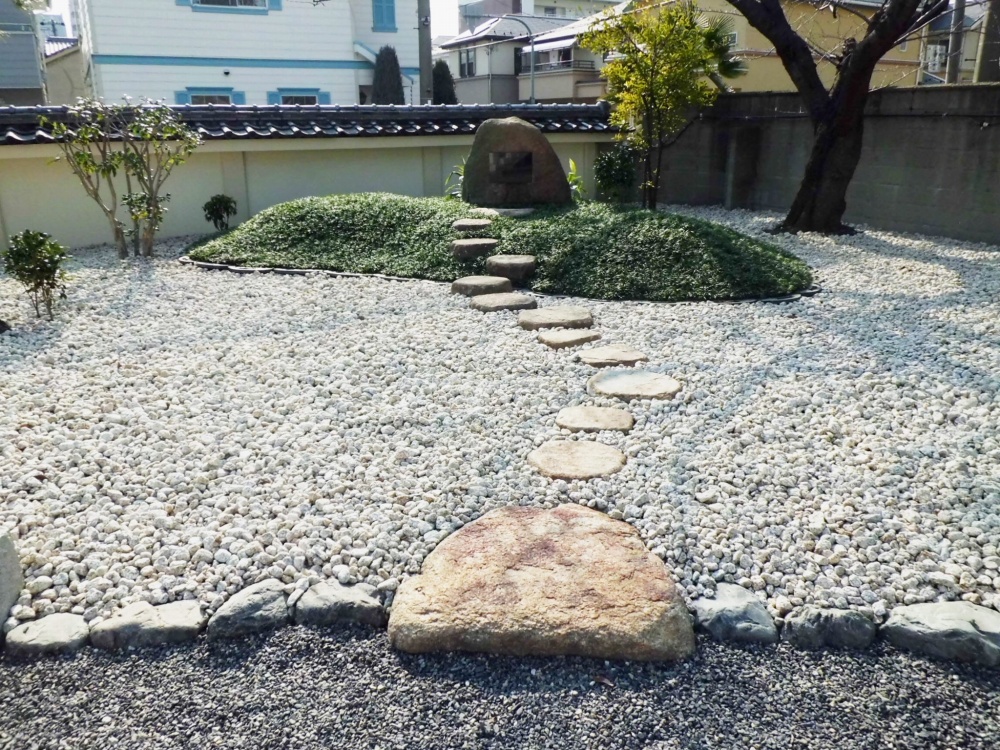 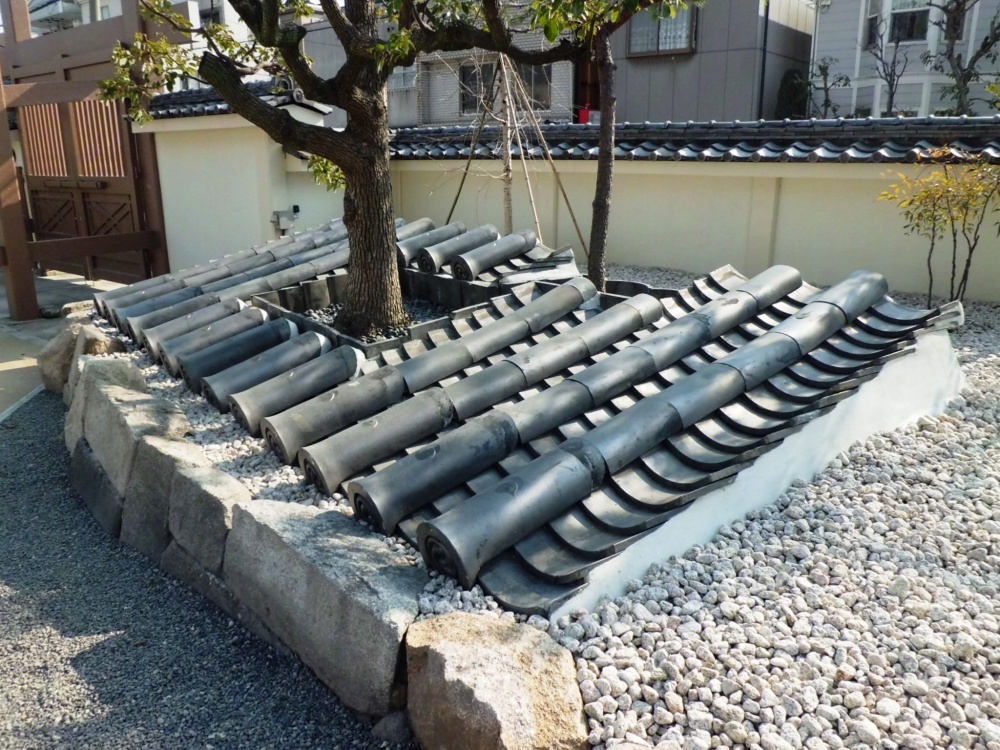 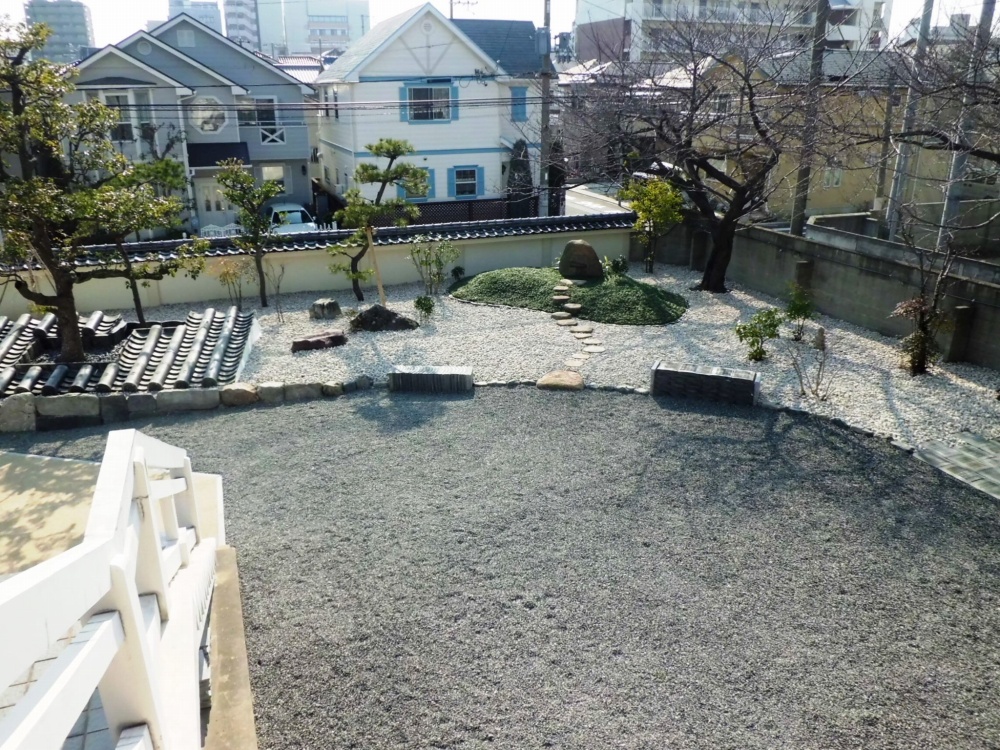 The Sakai branch of Namba Betsuin Temple is said to have been built in 1603 by Kyonyo (1558-1614), the twelfth head monk of Higashi Hongan-ji Temple. It has long been cherished by many people as an important center for the spread of Buddhism.

In 2012, Ueyakato Landscape was commissioned to redevelop the temple's garden in commemoration of the 750th anniversary of the death of Shinran, the founder of Jōdo Shinshū (Shin Buddhism). The redevelopment created a scene brimming with atmosphere by using many smoked tiles dating from the Meiji period (1868-1912) that had been removeⅾ from Higashi Hongan-ji Temple's Amida Hall during repairs. The main gate's west side recreates the feeling of the roof of the Higashi Hongan-ji Temple's Amida Hall. The benches using concave roof tiles are yet another feature that attracts visitors' attention.

Thus, one of the ways that a Japanese garden can amplify upon a location's intrinsic value is by recycling materials (in this case, roof tiles) that help convey its historical character.