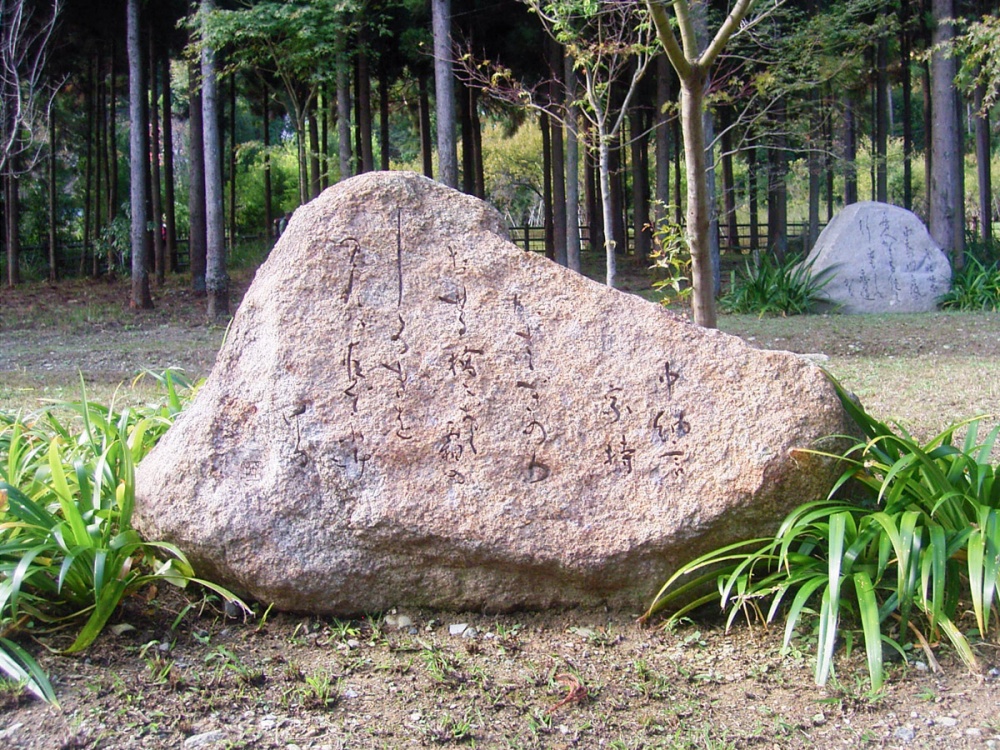 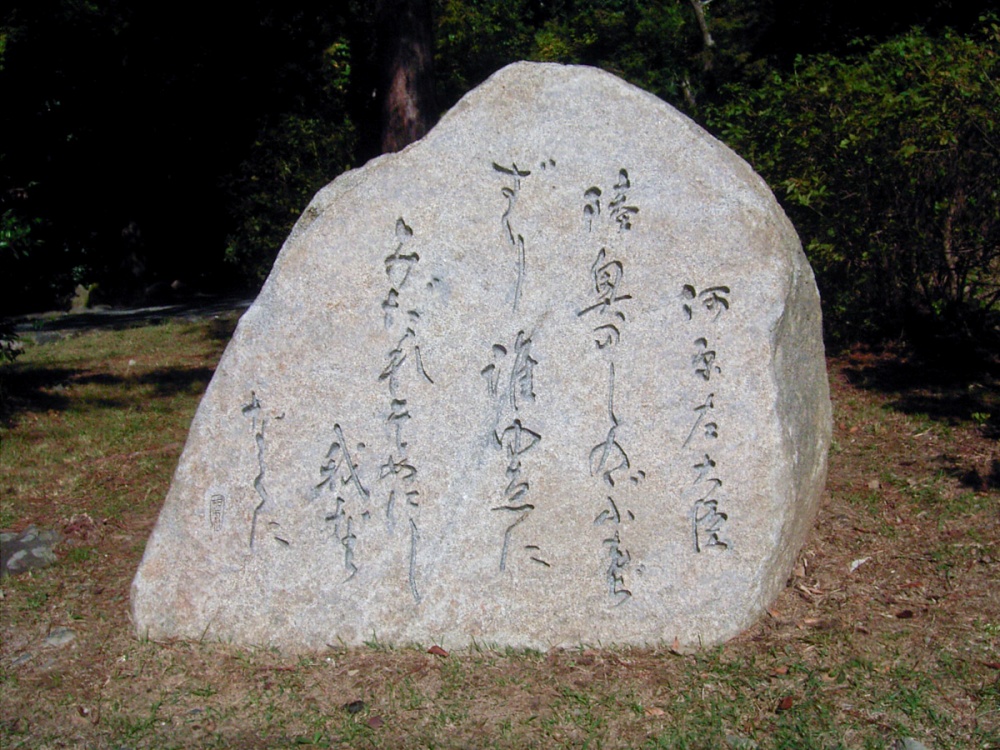 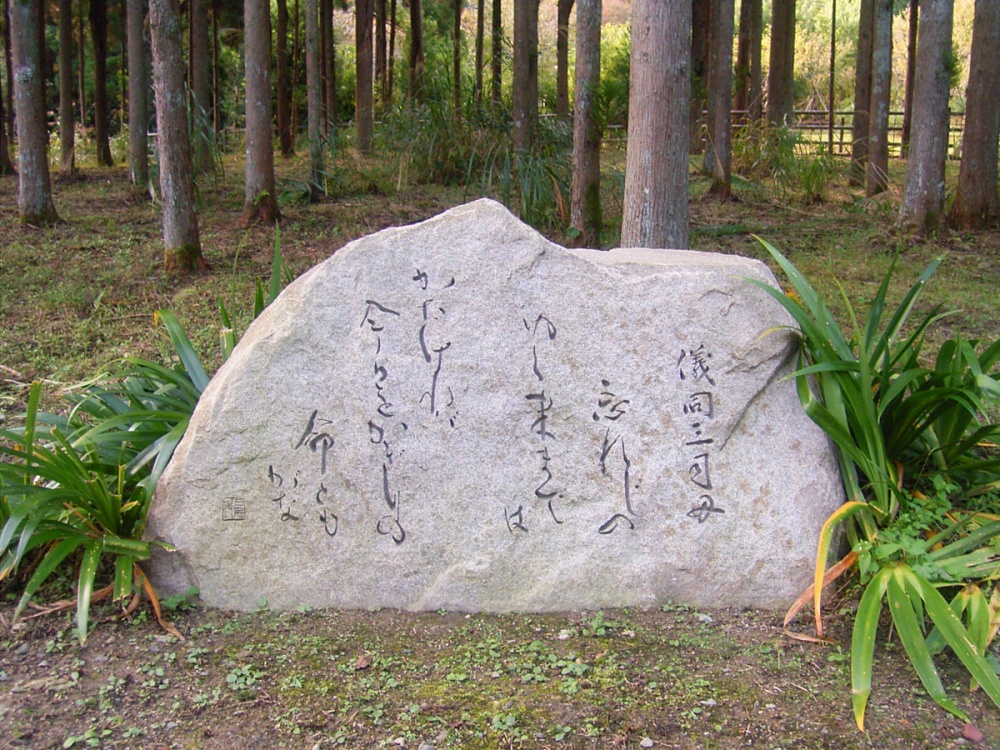 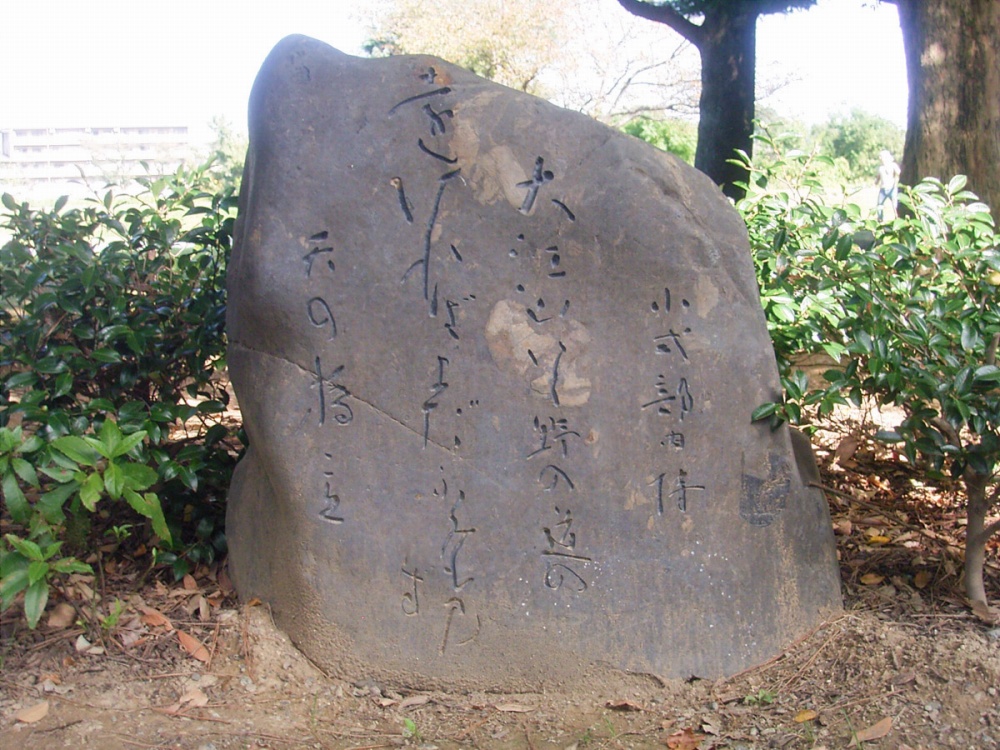 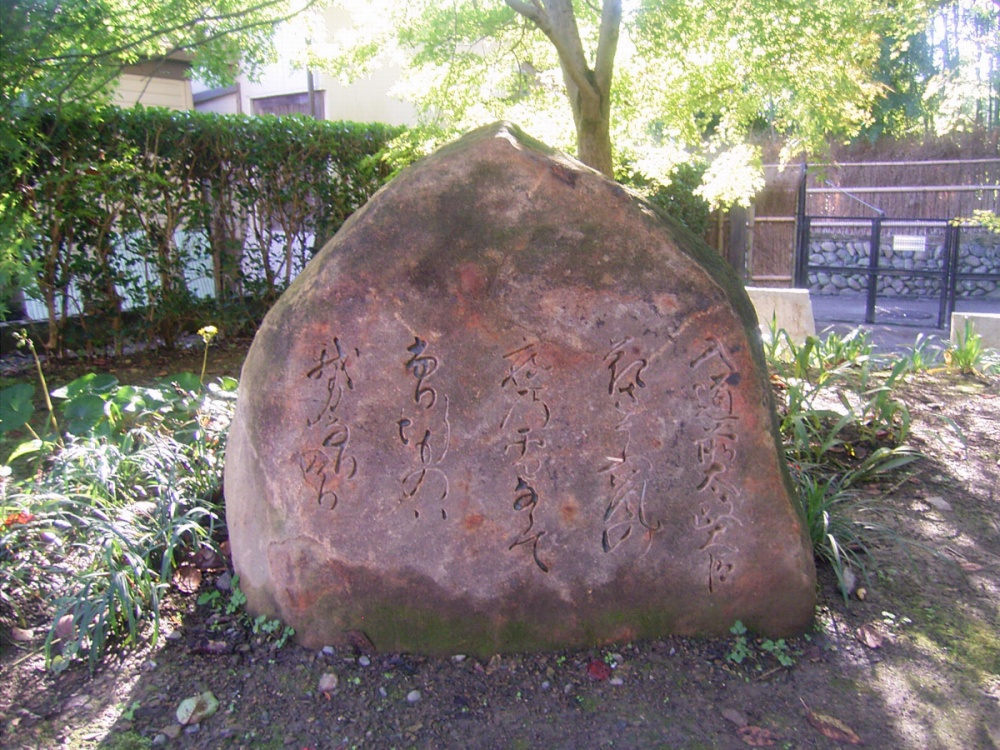 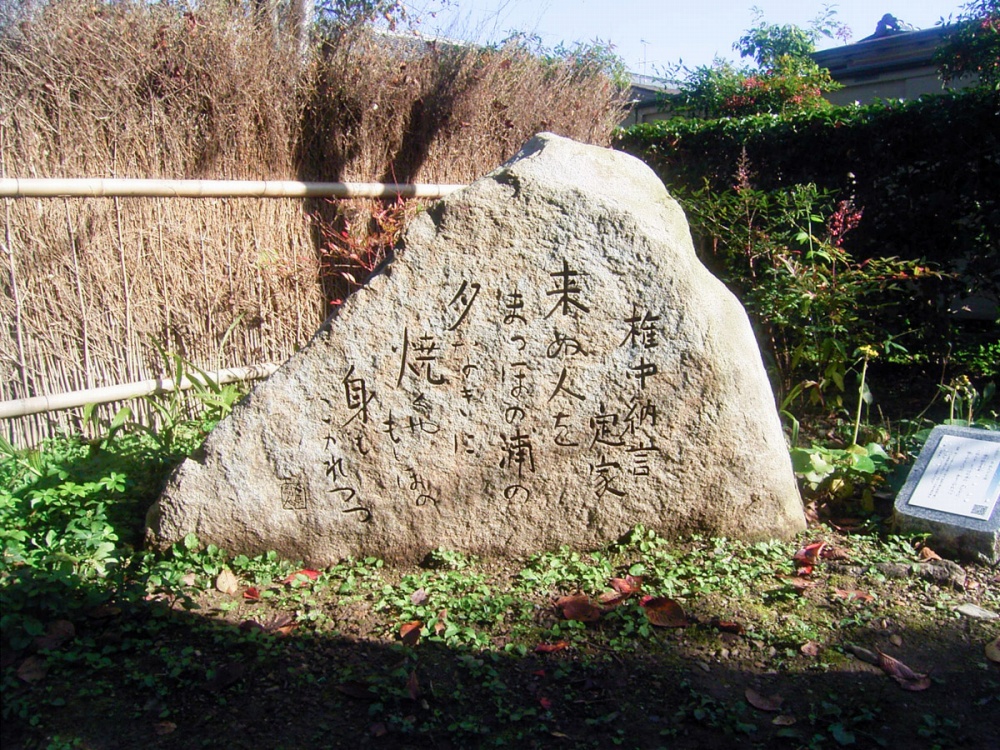 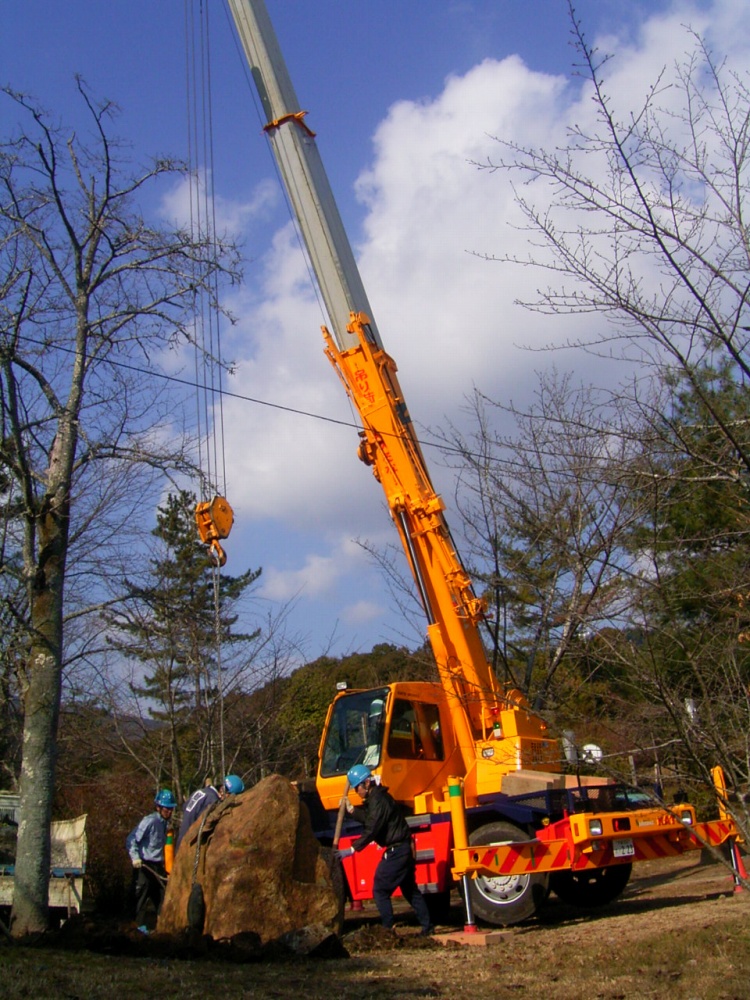 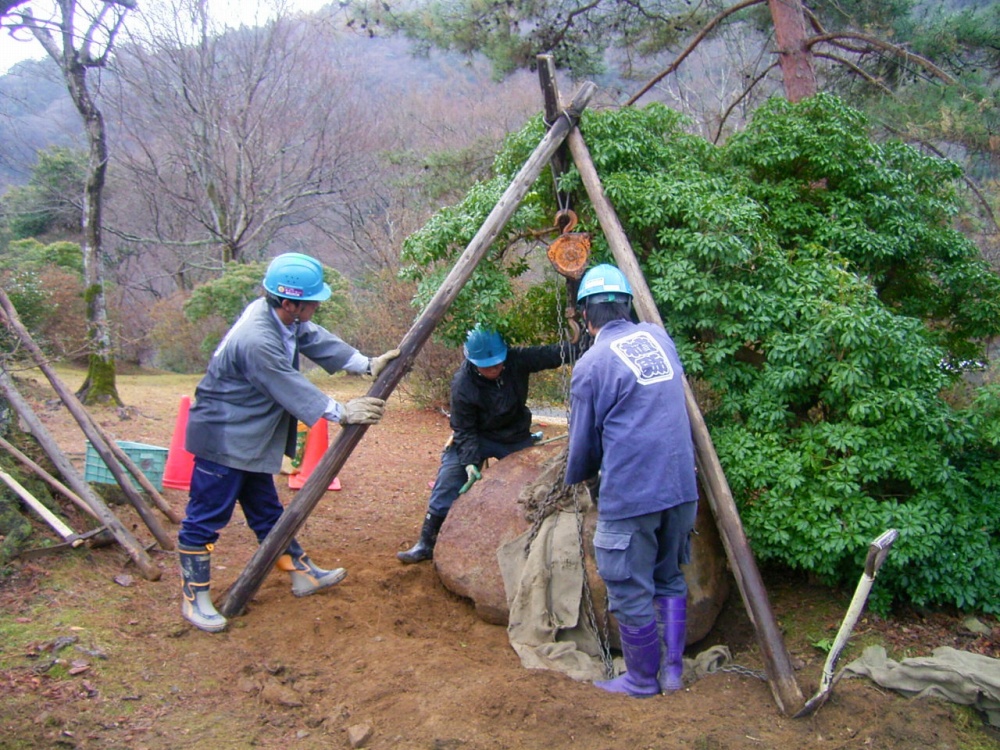 The Ogura Hyakunin Isshu (known in English as “One Hundred Poets, One Poem Each”) is a poetry anthology created in the thirteenth century by the scholar Fujiwara no Teika by selecting a hundred poems by a hundred poets from the Collection of Japanese Poems from Ancient and Modern Times (Kokin Wakashu) and the Later Collection of Japanese Poems Continued (Shokugosen Wakashu). Its poems are said to have been selected at the foot of Mt. Ogura in the Arashiyama-Sagano area.

As one of the commemorative projects held for the Kyoto Chamber of Commerce and Industry's 120th anniversary in 2007, stone monuments inscribed with poems were built in parks and other locations within a 1km radius in the Arashiyama-Sagano area of Kyoto City's Ukyo Ward, the birthplace of the Ogura Hyakunin Isshu.

Famous stones taken from all over Japan, includings ones that represent Kyoto such as Kurama stones, Kibune stones and Kamo River stones were used for the poem-inscribed stones, which feature mainly words written in the kana (or native Japanese) syllabary by calligraphers deeply associated with Kyoto.