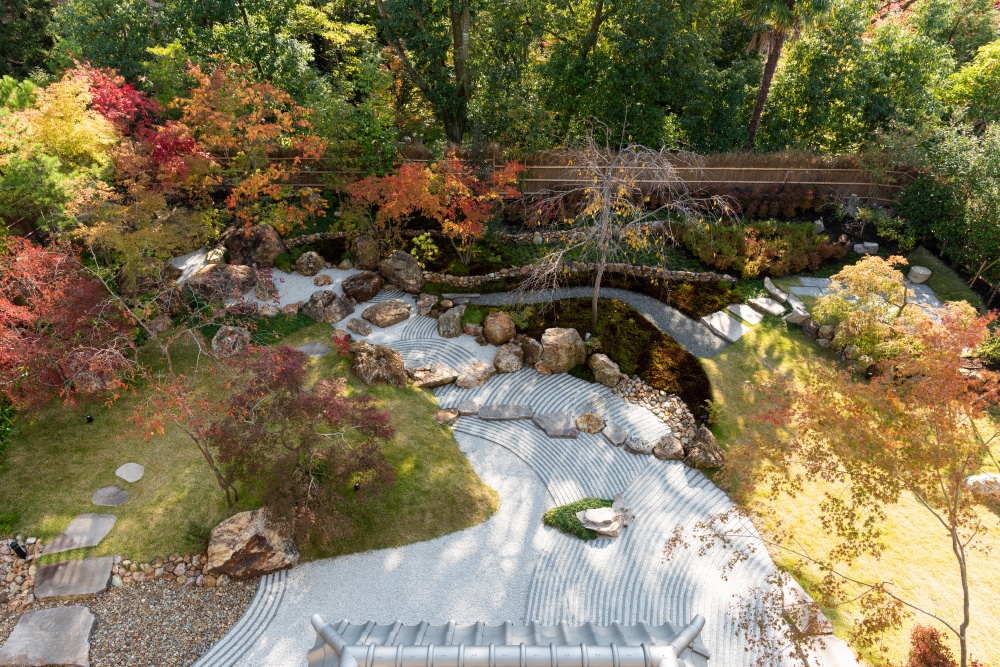 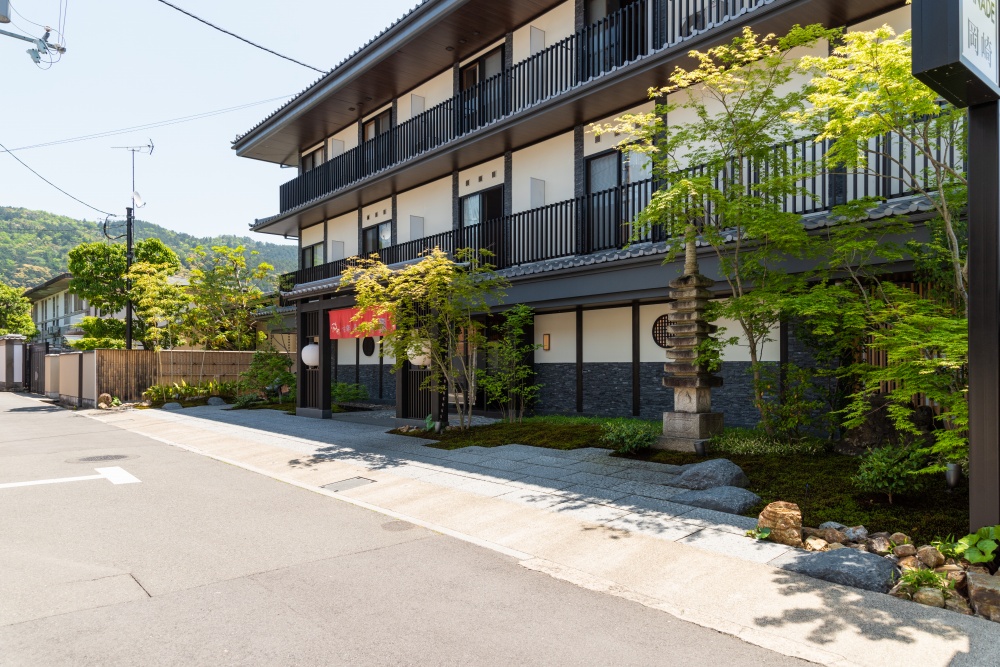 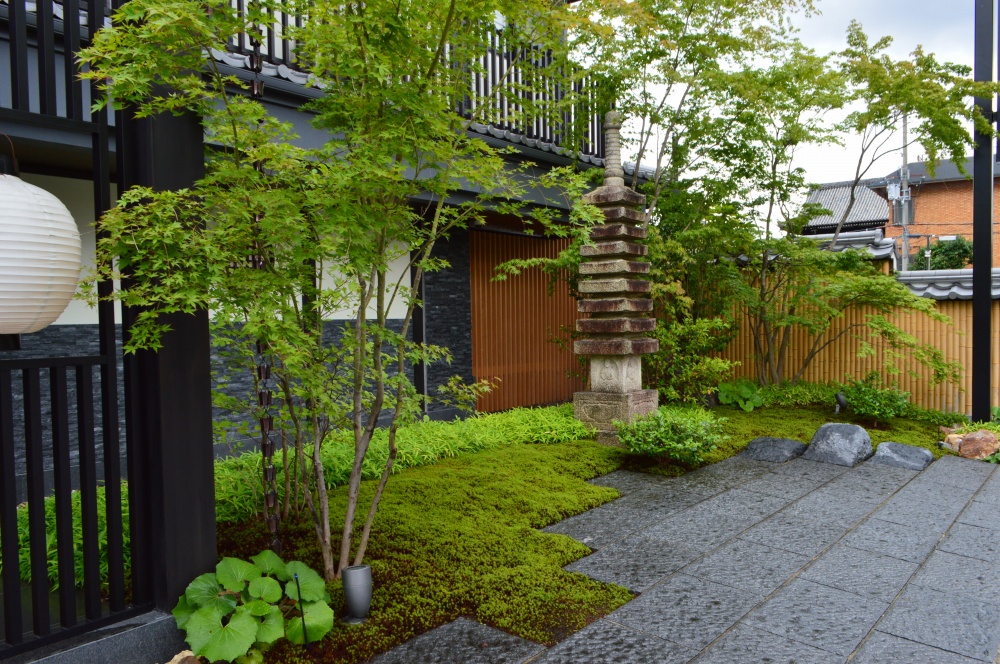 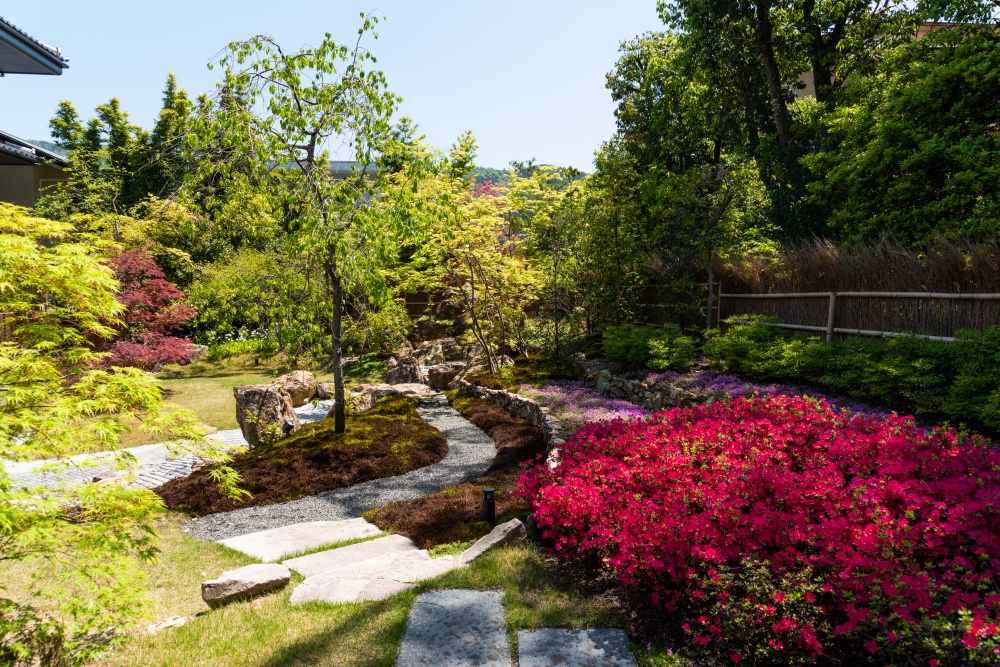 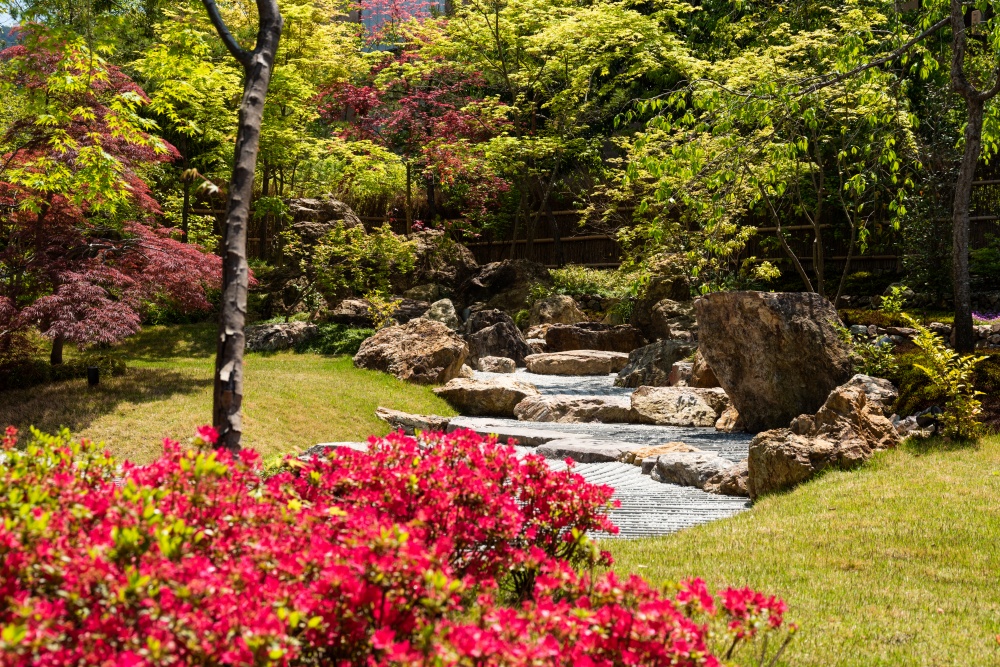 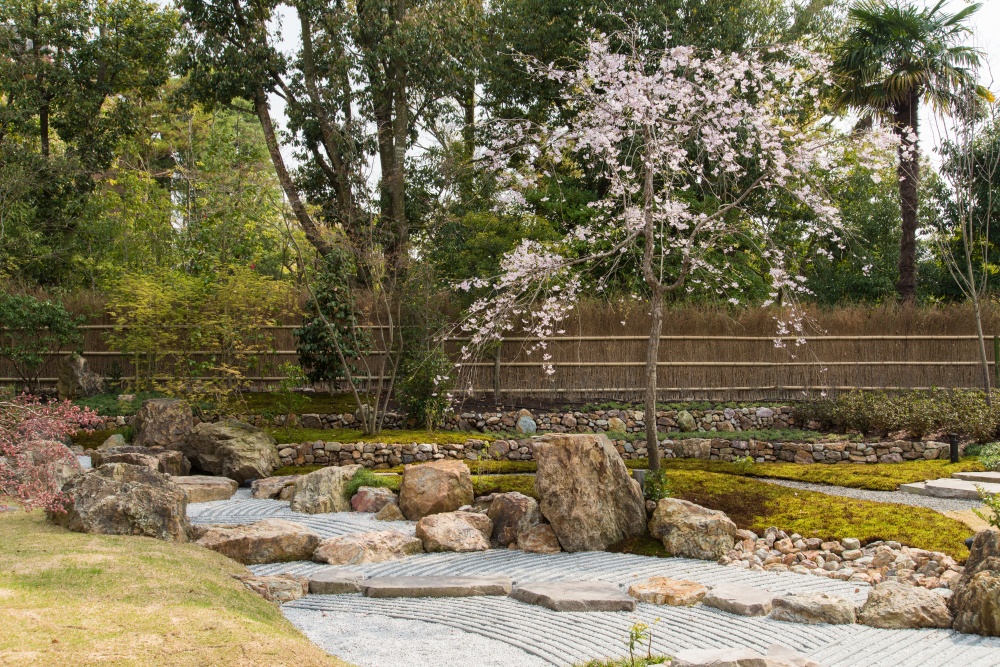 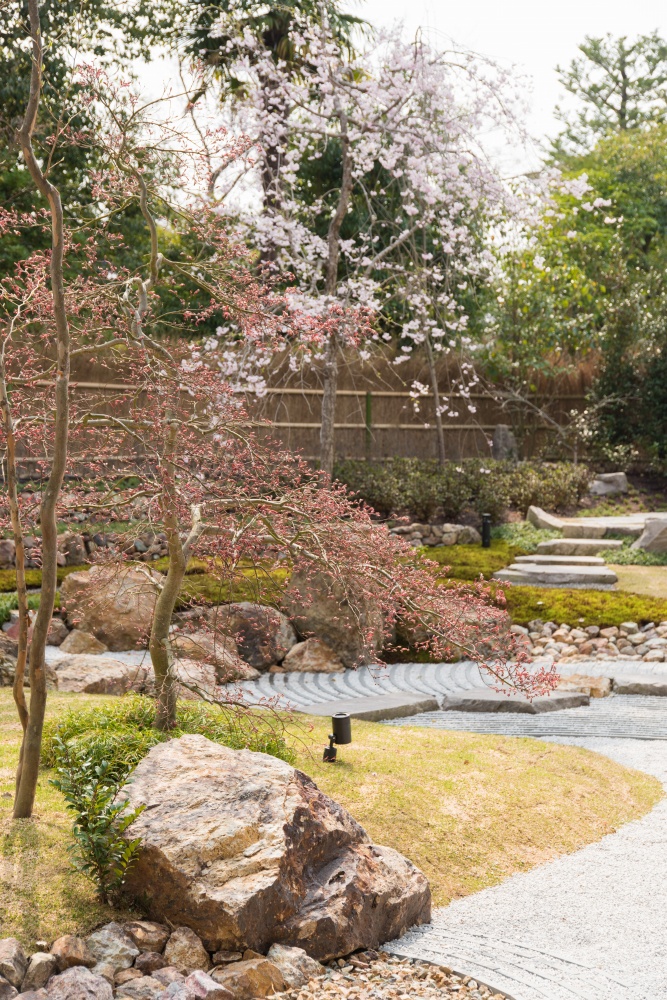 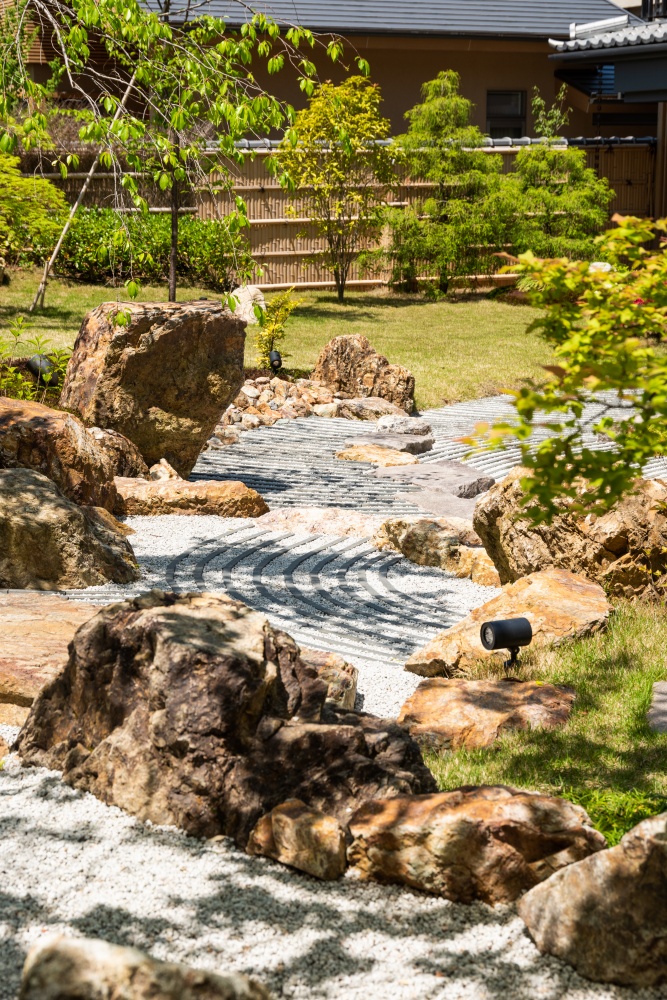 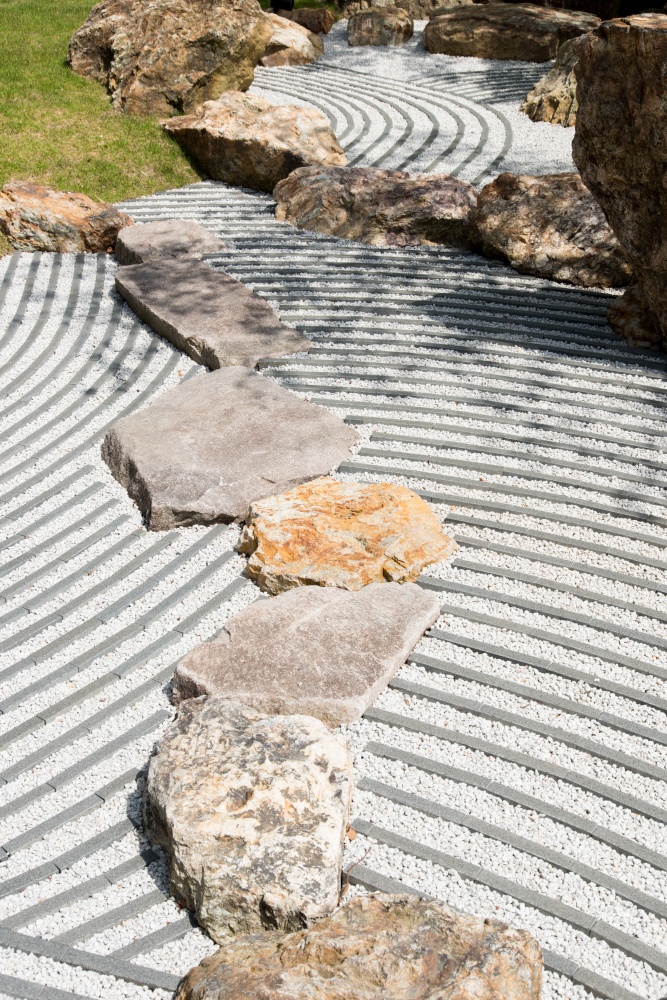 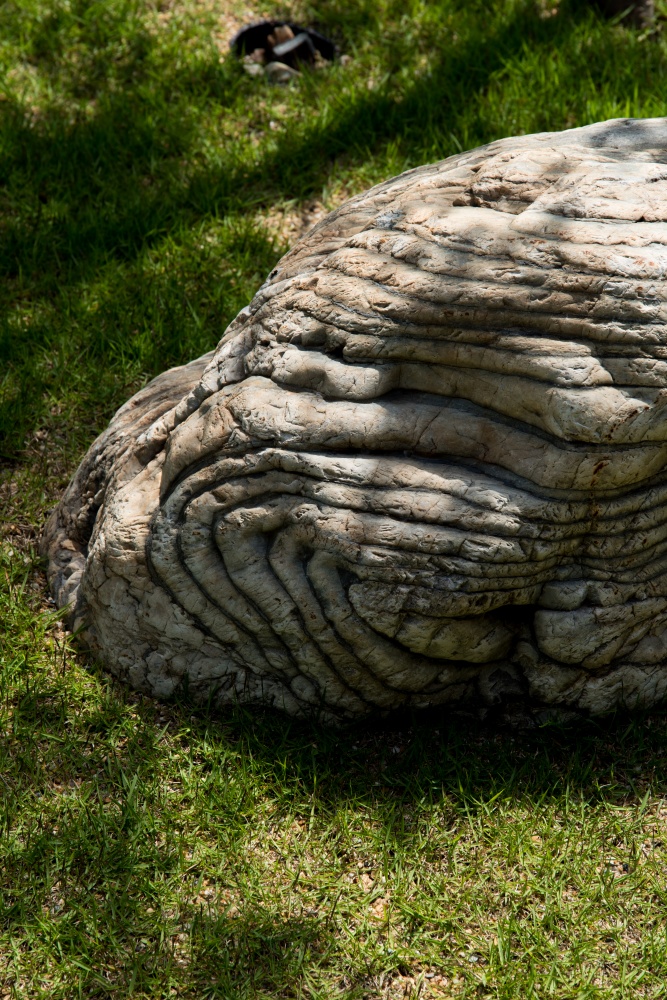 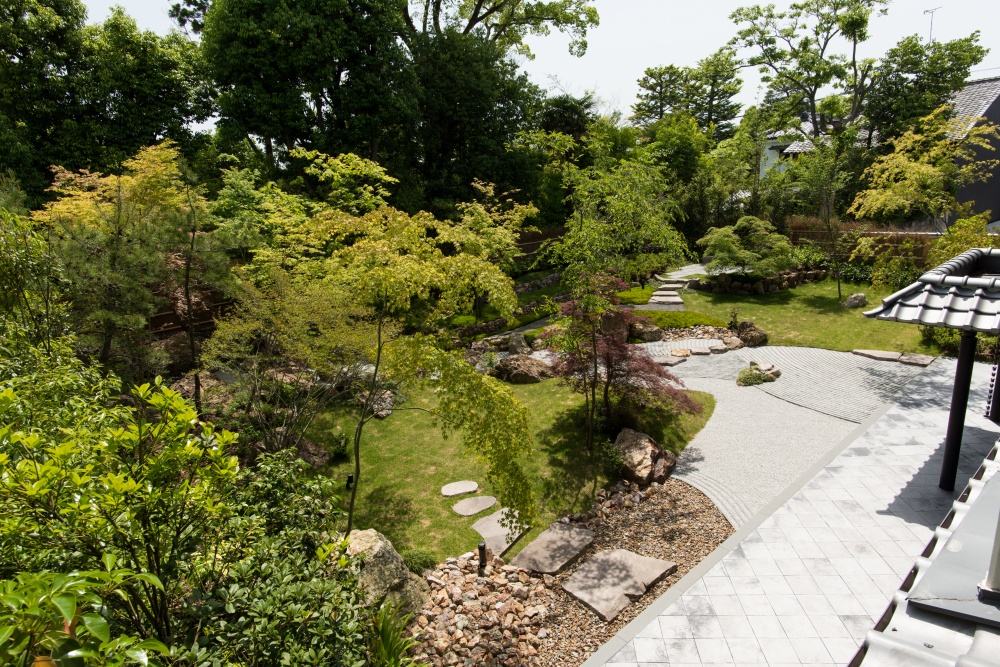 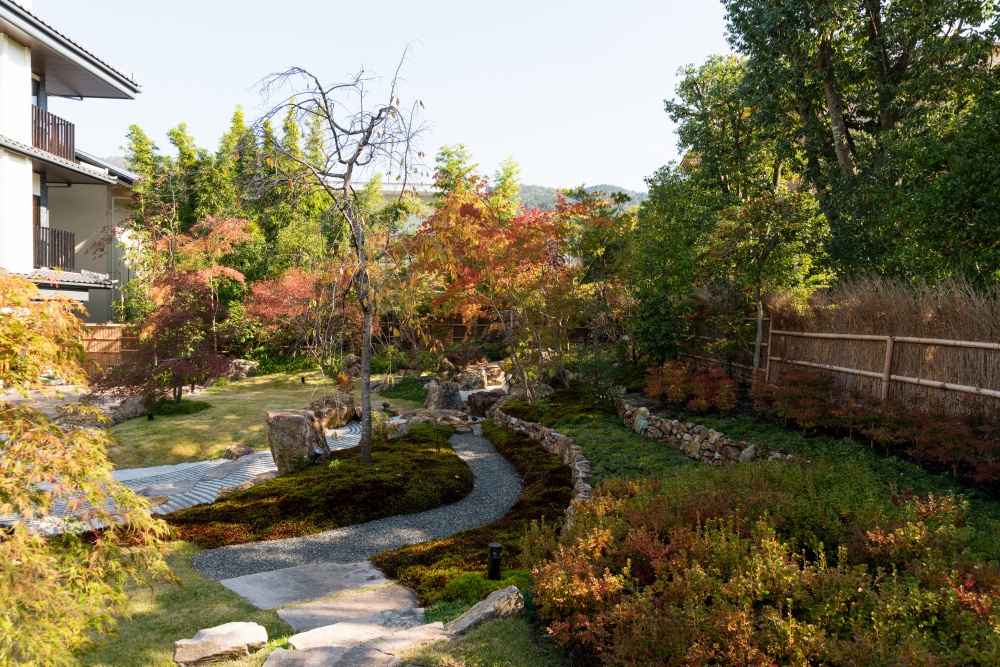 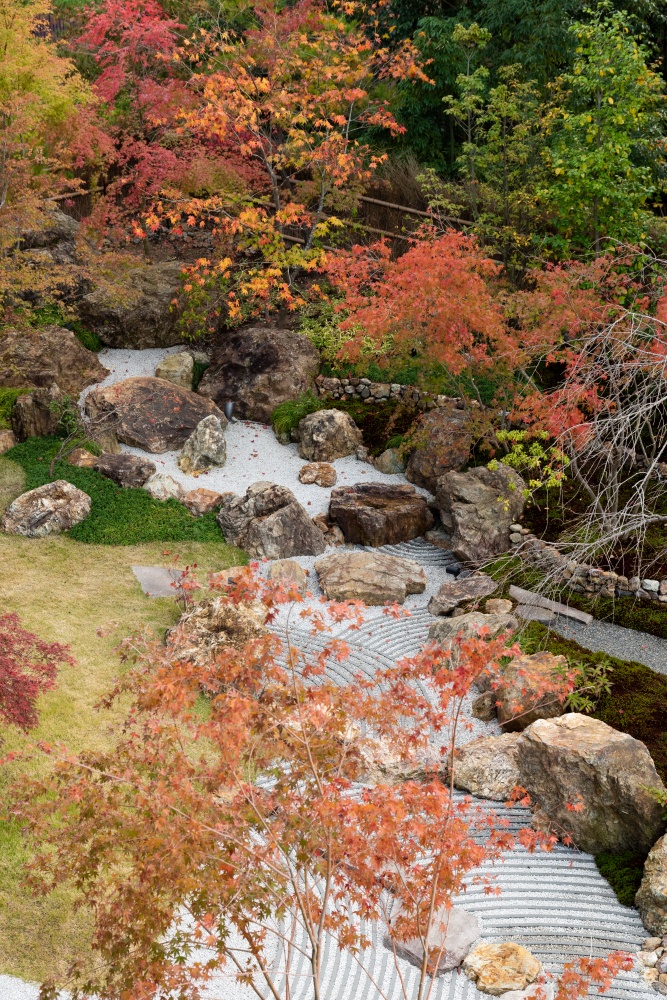 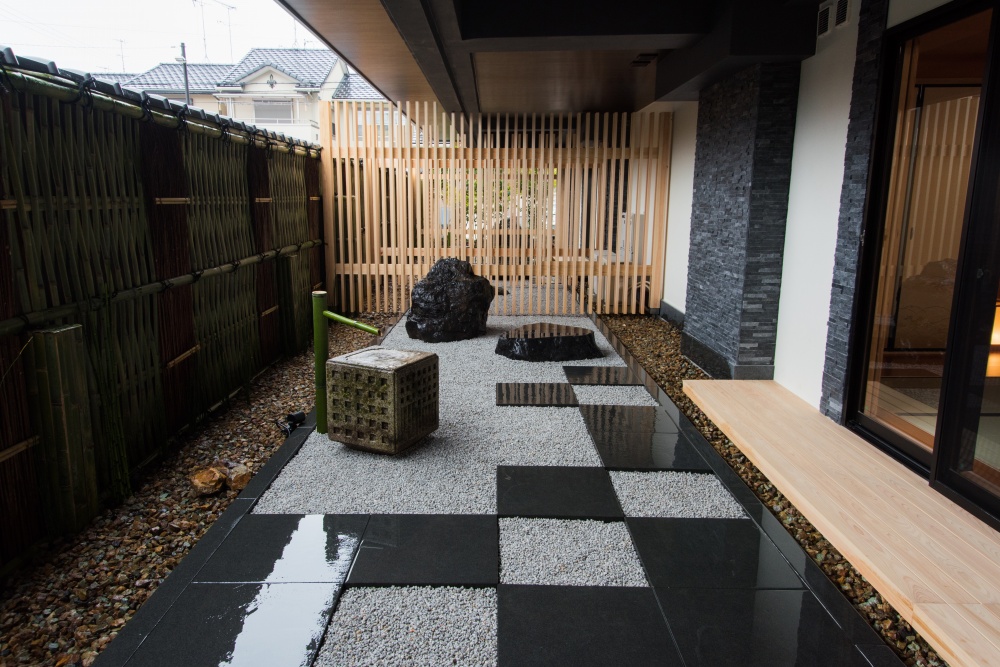 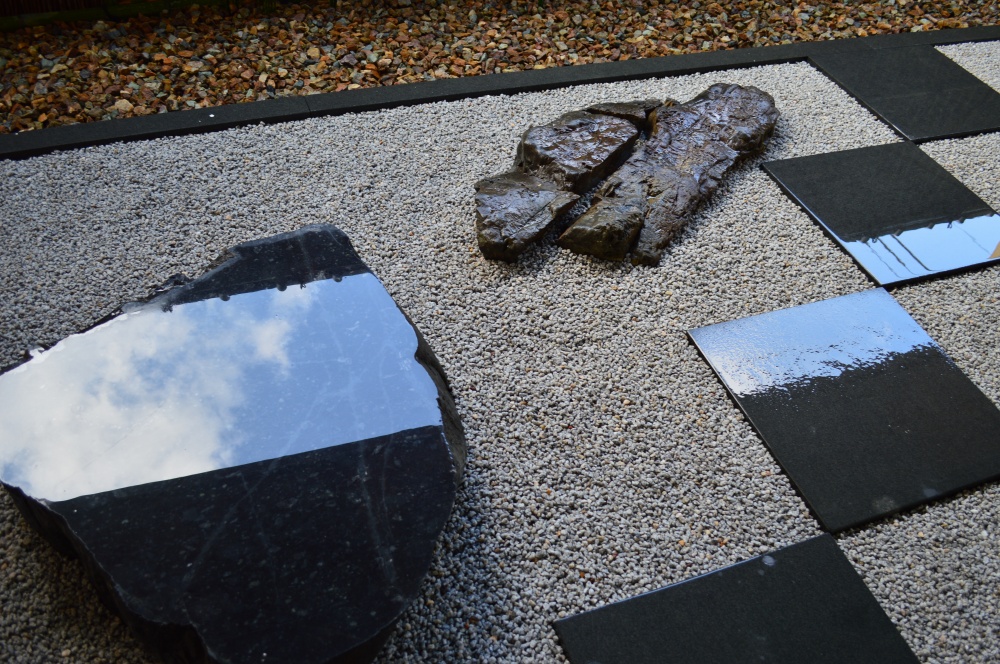 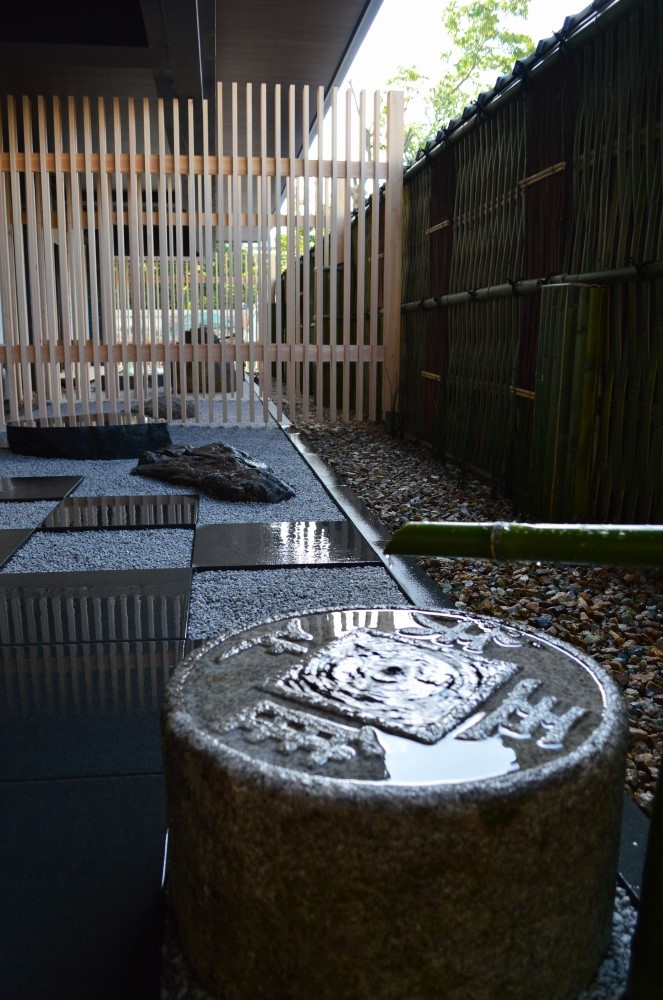 Koto Heian no Yado Kanade is a traditional-style Japanese lodge that opened in Kyoto's Okazaki area in 2017.

Starting from the late eleventh century, the Okazaki area flourished as a political center where Emperor Shirakawa and several other cloistered emperors exercised power. At that time, six famous temples (collectively known as the Rokusho-ji Temples) were constructed here. Later, during Japan's period of modernization, the Okazaki area also became a center of activity for Ogawa Jihei VII (1860-1933), the legendary gardener renowned for the modern garden villas he created around Nanzen-ji Temple. It has been a landscape preservation zone ever since the Meiji period (1868-1912). Drawing inspiration from this historical background, Ueyakato Landscape created a garden that takes the “Okazaki area” as its conceptual center.

At the entrance where guests are received, we emphasized scenery that harmonizes with the Okazaki area’s history, land, and scenery. For example, we installed a stone pagoda modeled after an enormous nine-story pagoda thought to have stood in this area in the eleventh century. There is also a rough horsetail (tokusabei) fence, a favored feature of this neighborhood’s modern garden villas. The shoe-removing stone found in the entrance path and front garden area is a large one that is hard to obtain today that we have surrounded with small natural stones.

In contrast with the mountain scenery to the east, on the west side we planted fruit trees and flowering plants commonly found in village settings, including gardenias, sasanqua camellias and Kirishima azaleas. Also on the garden space’s west side are Moriyama stones, which Ogawa Jihei VII often carried from Shiga Prefecture using the Lake Biwa Canal. These have been set in place so that they provide a unique stripe pattern accent. This garden also harmonizes with the surrounding environment by incorporating tree scenery from the neighboring garden to the south. It also features nighttime lighting focused on the dry stream that emanates from the dry waterfall at the center. Hence, not only can the garden be appreciated visually, but it can also be used actively for parties and other occasions.

The dry landscape Zen garden is used as a private garden for guest rooms. Here we expressed “Zen in history” using scenic stones, water basins, and a bamboo fence woven in a style unique to nearby Nanzen-ji Temple (called “Nanzenji-gaki”).

From its carefully selected materials to its traditional themes and techniques, Koto Heian no Yado Kanade's garden space exhaustively realizes the potential of Japanese gardens to welcome guests with the very finest in a local area's geography and history.