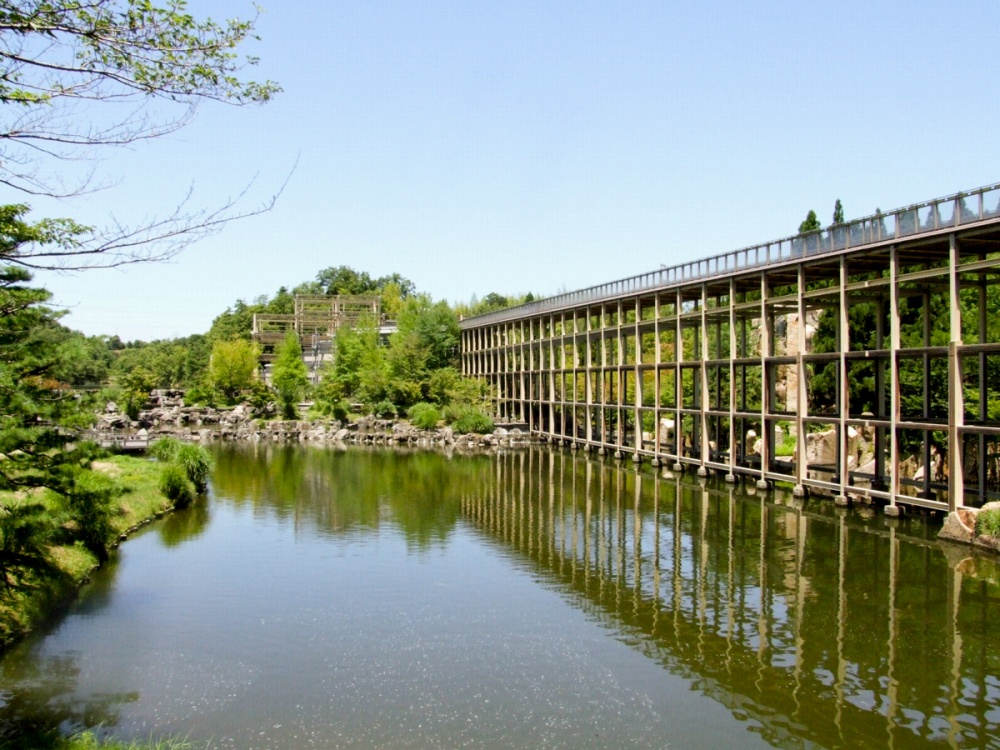 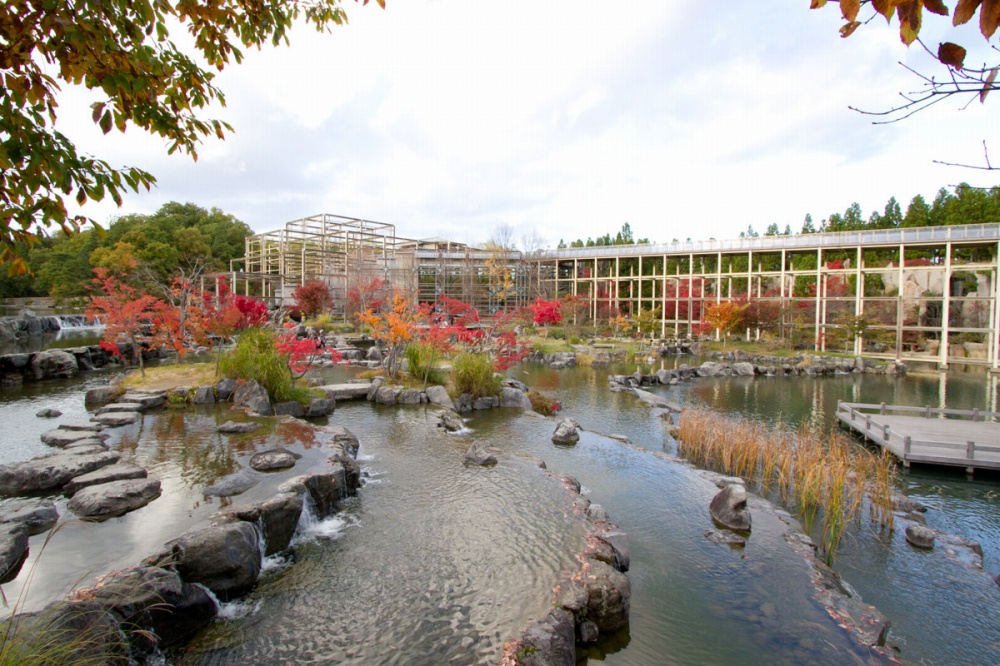 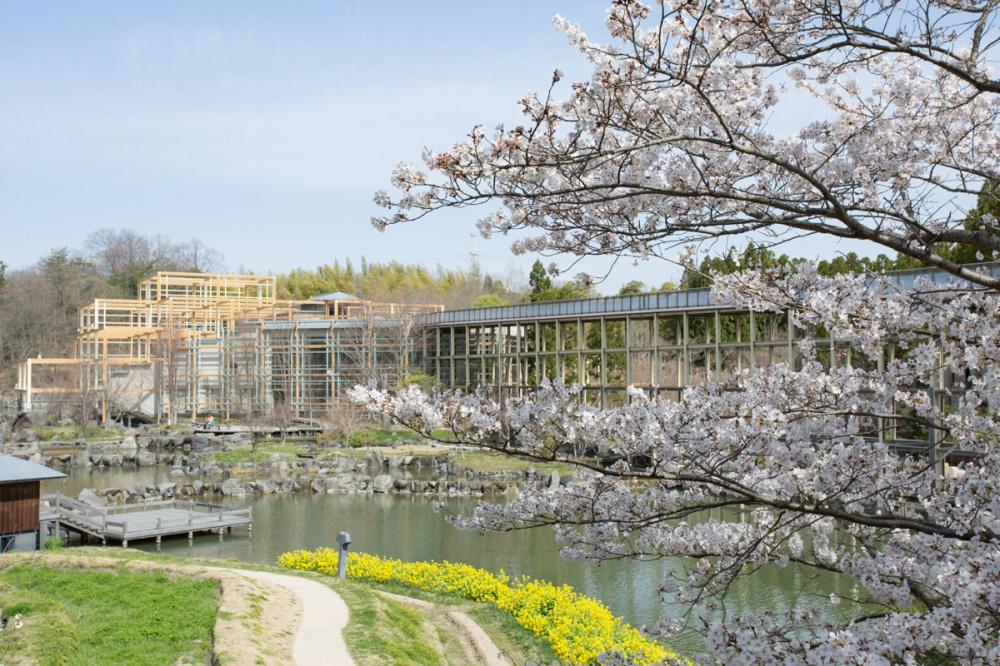 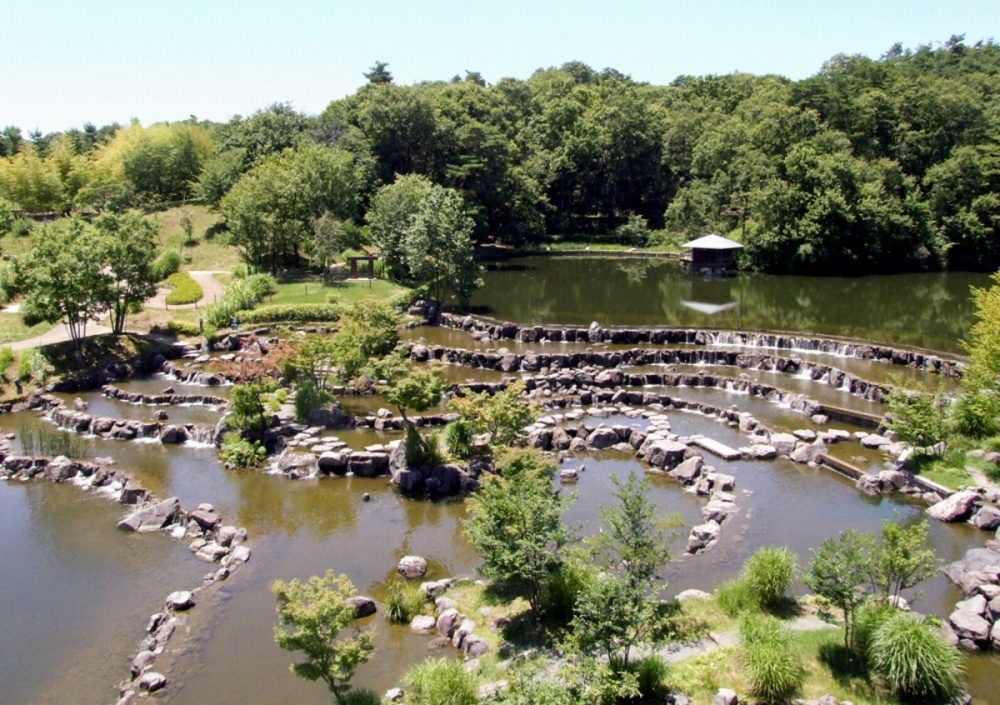 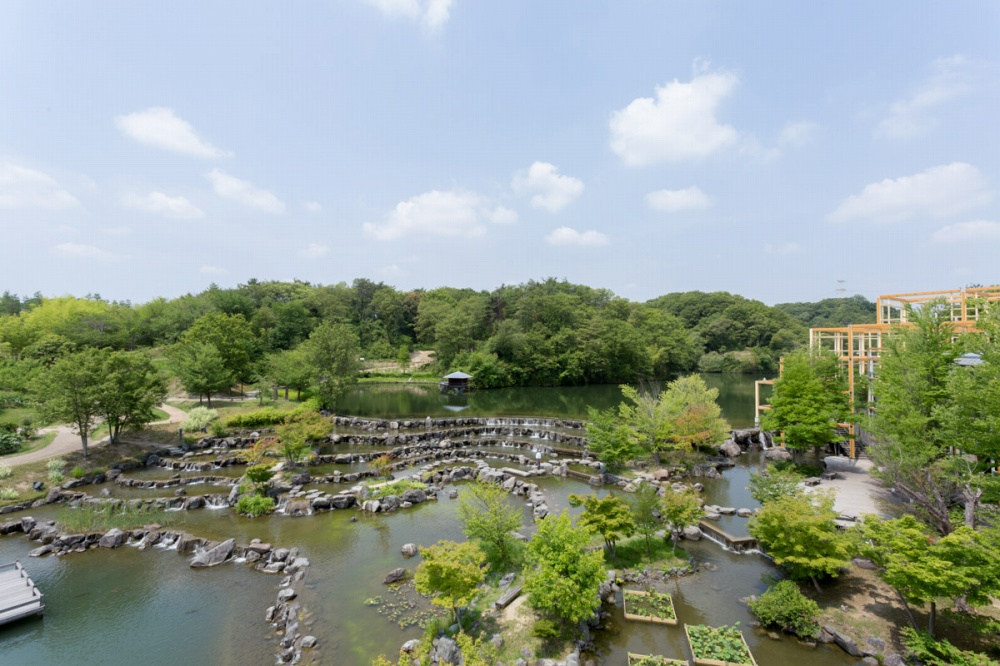 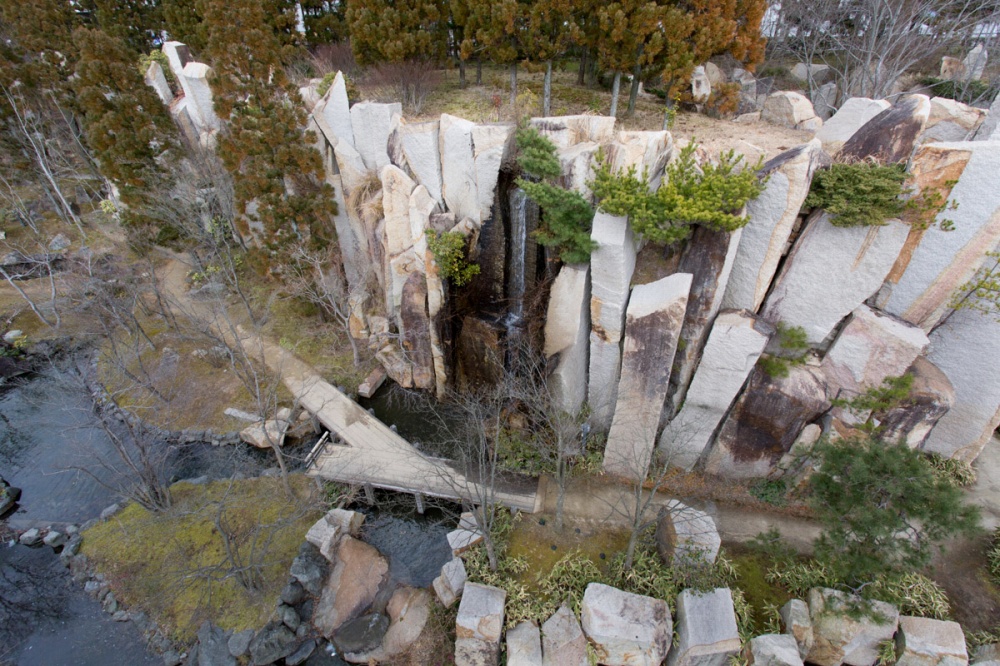 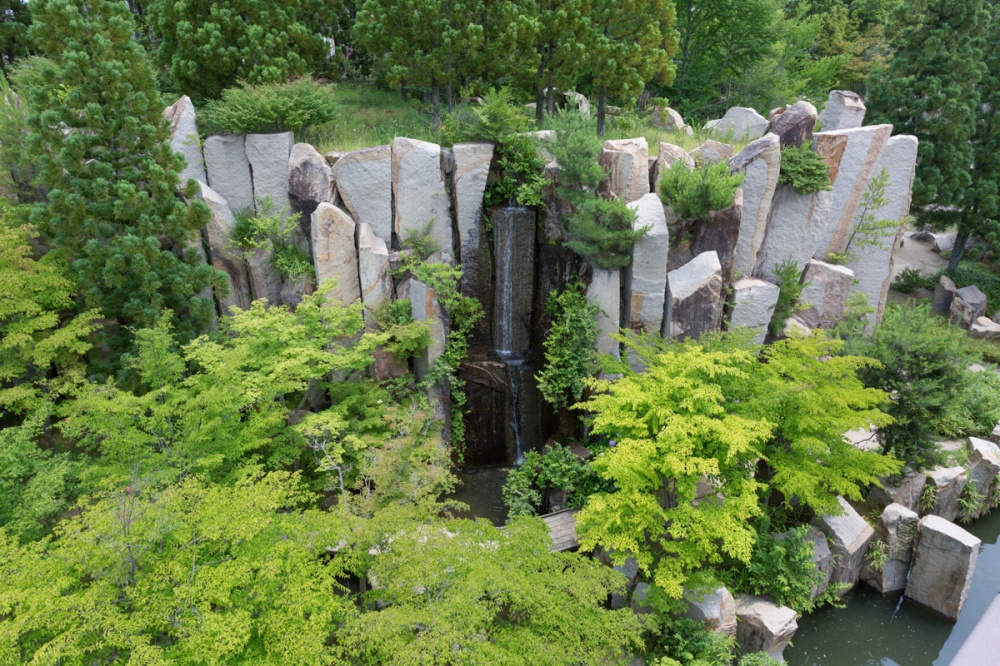 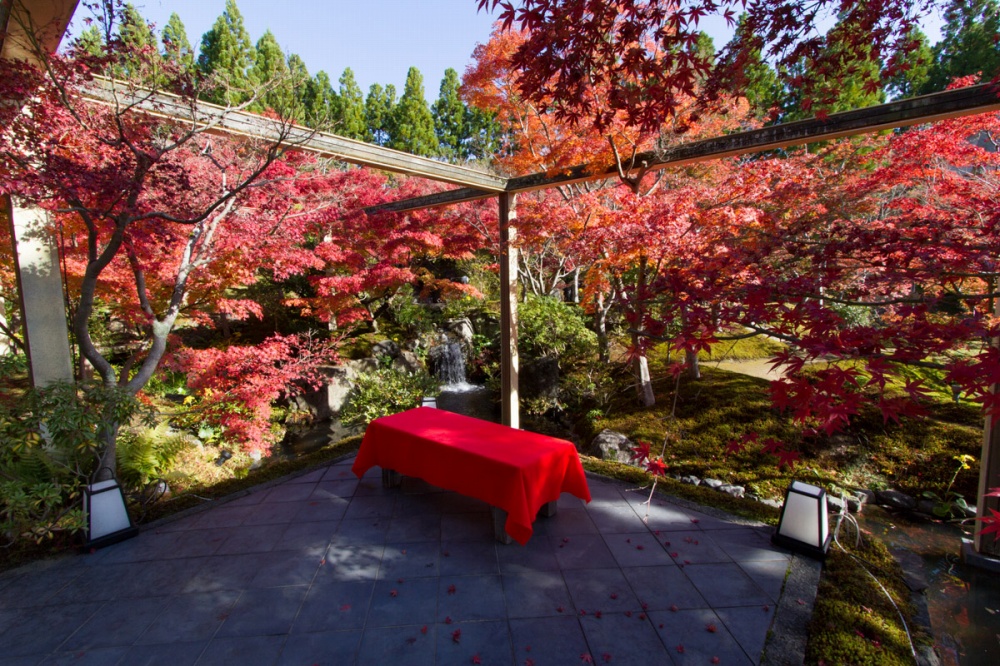 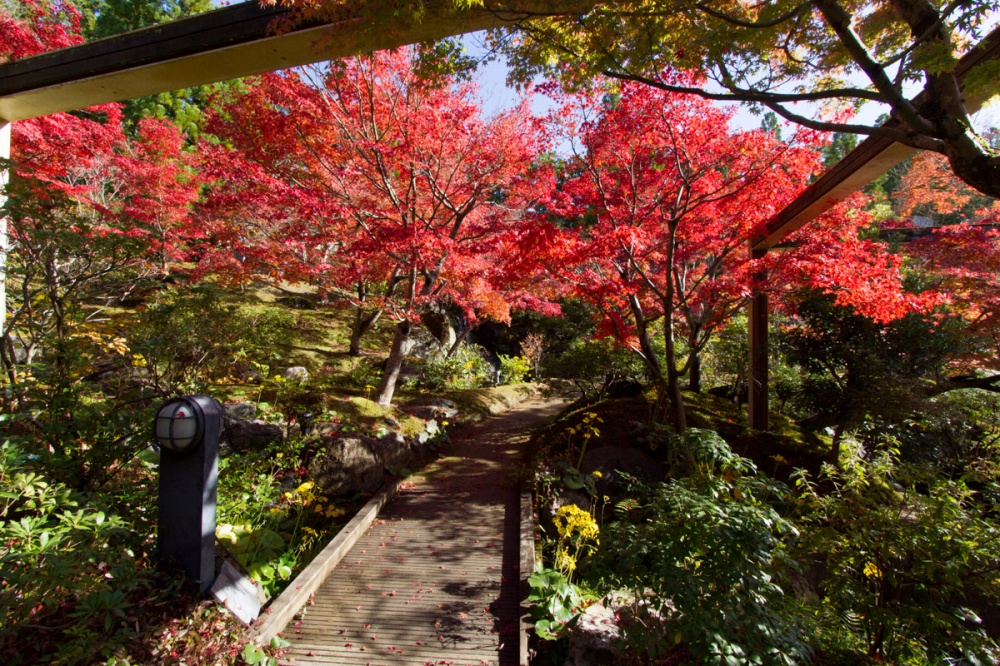 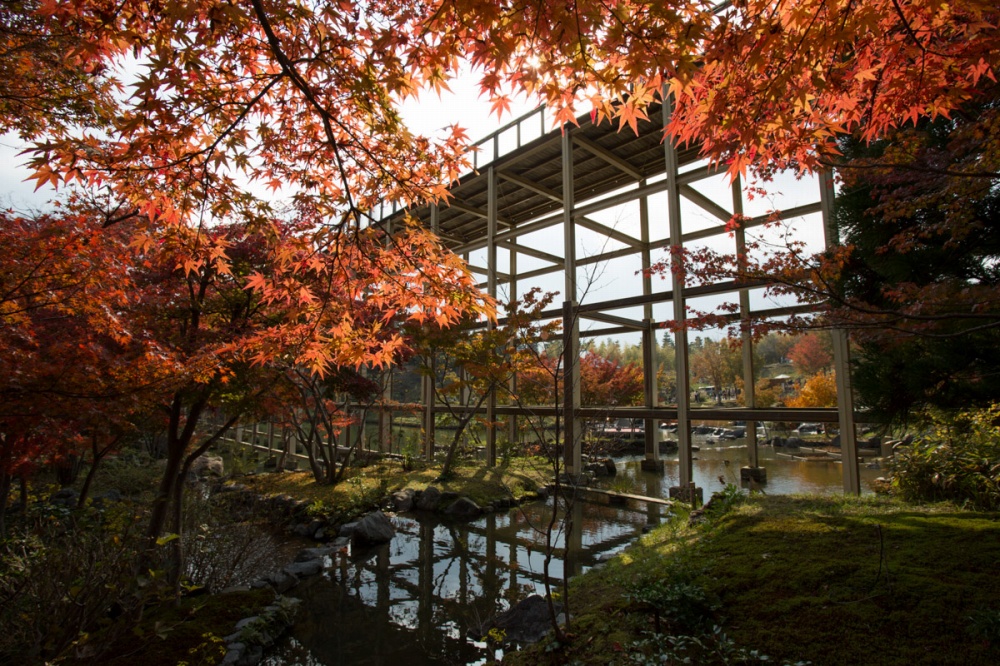 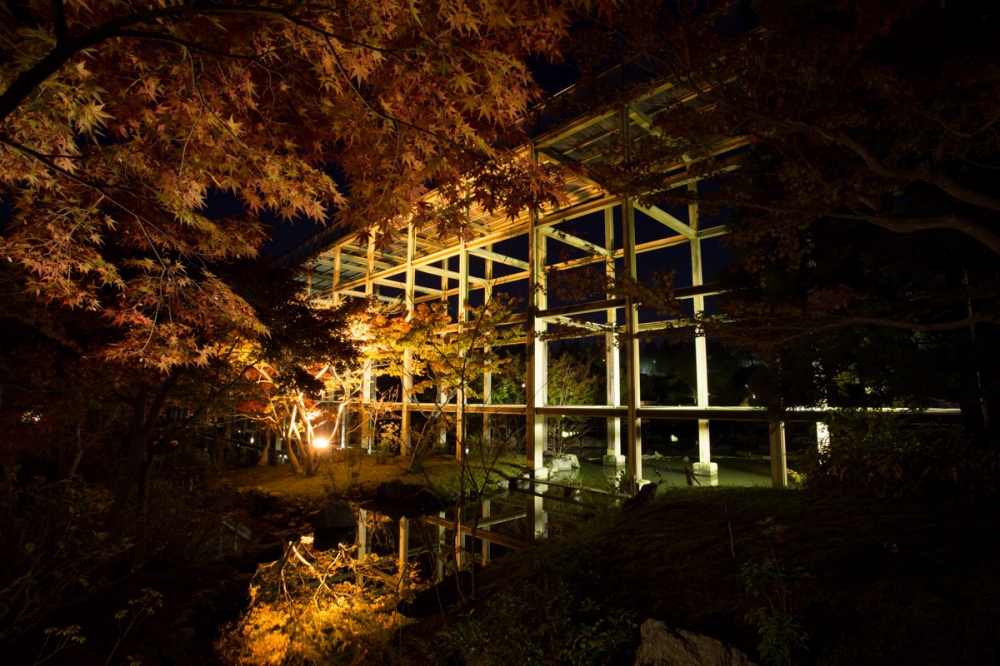 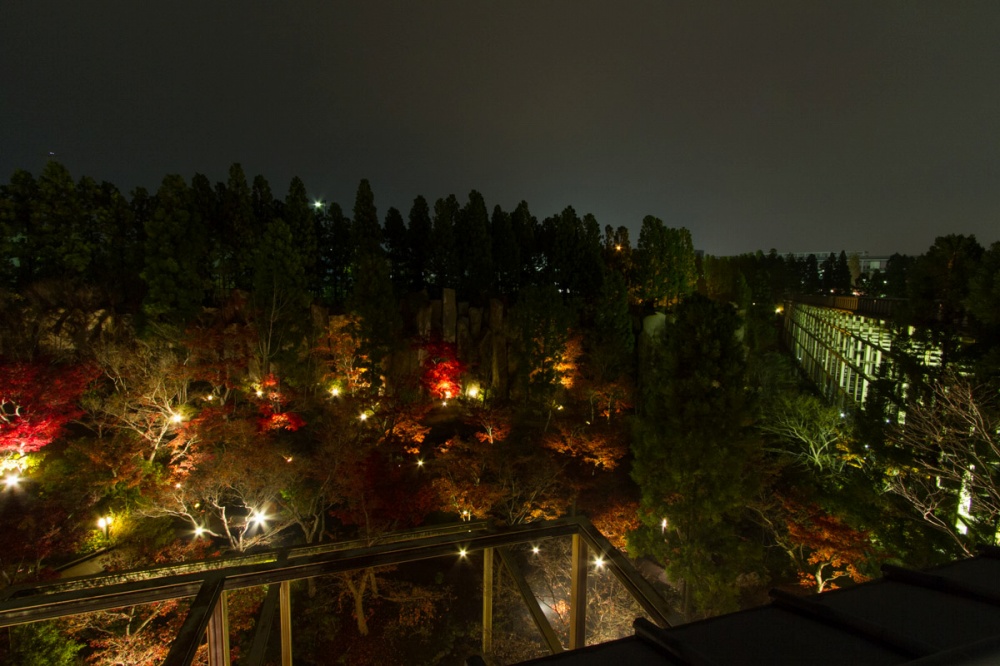 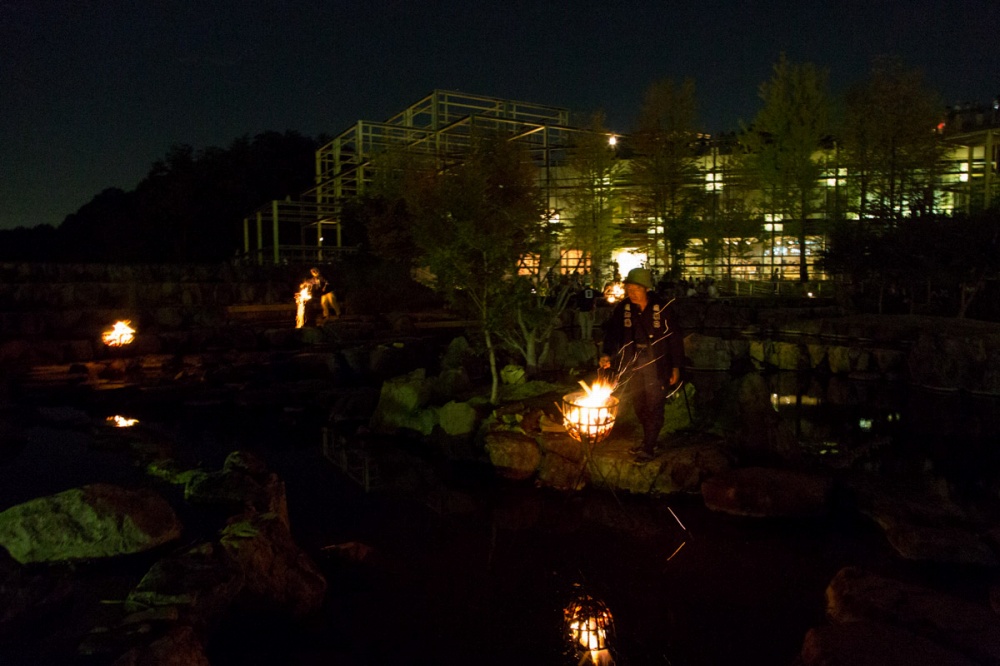 This is not just a traditional Japanese garden, but a large-scale garden that uses a pastoral mountain village landscape and terraced paddy field scenery as motifs. It has a Maple Valley (Momiji-dani) where maple trees are set around streams that flow between valleys, a terraced waterscape (Suikei-dana) that connects a tiered pond together by using small ponds like terraced rice paddy fields, and a 150m length rock corridor made using 500 gigantic rocks between 6-7m in height.

Most spectacular of all is the Kangetsukyo Bridge (moon-viewing bridge) standing 10m above the pond's surface and extending over 100m long that gives people a panoramic view of the surrounding scenery as they look down on the gigantic rock corridor that they otherwise could only look up at from the ground.

Additionally, visitors can enjoy not only the images conveying Japan's original landscape of seasonally changing scenery, such as little terraced paddy fields and an arbor inside a bamboo grove, but they can also delight in evening moon-viewing events held in connection with the park's emblematic image of the moon, making this a Japanese garden where people can also savor the traditional customs of Japan.