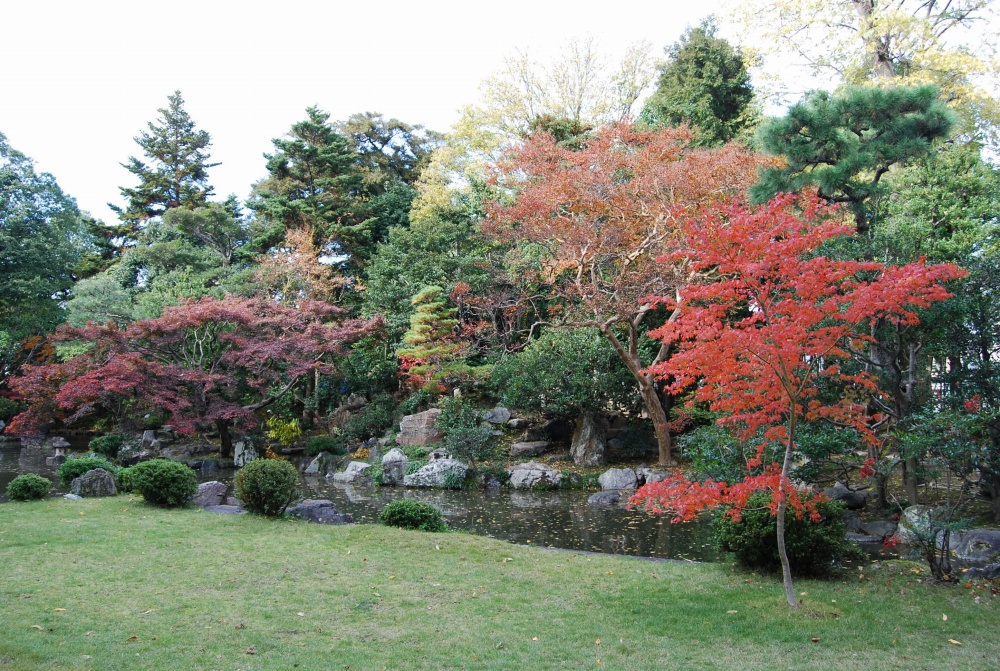 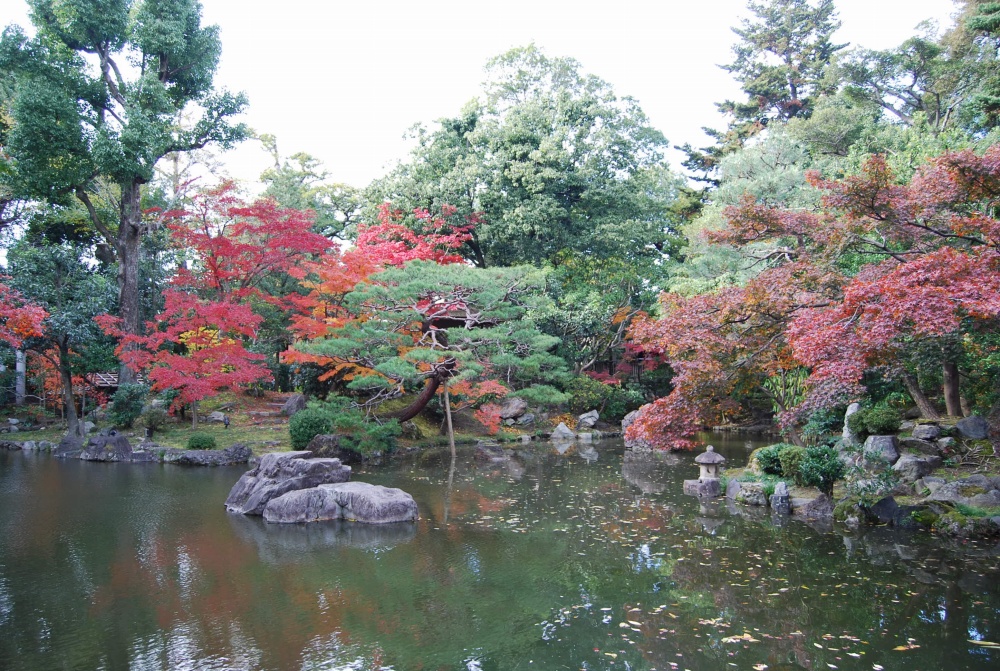 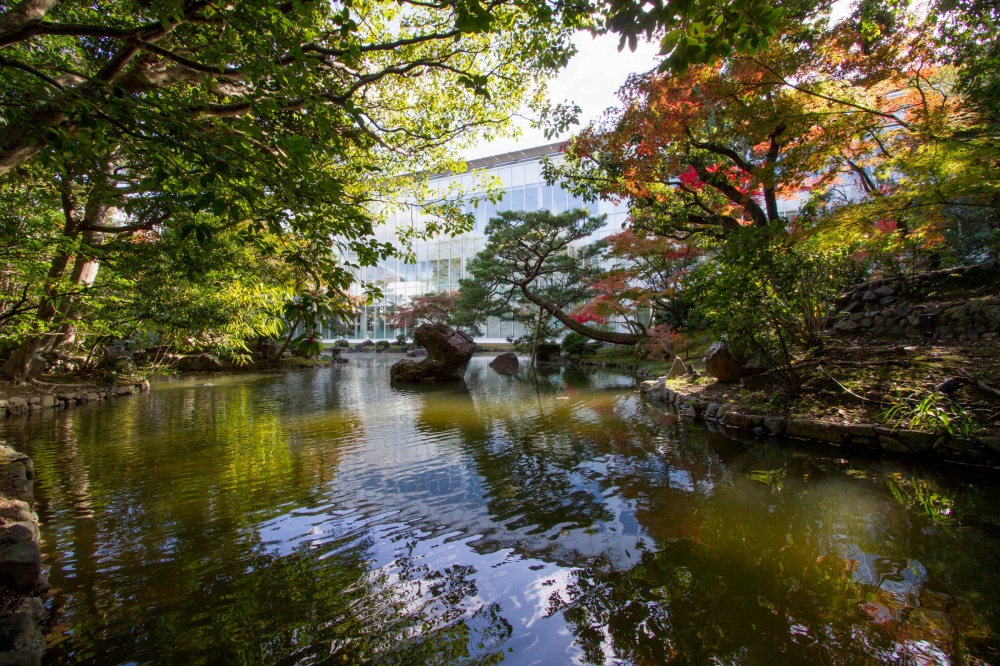 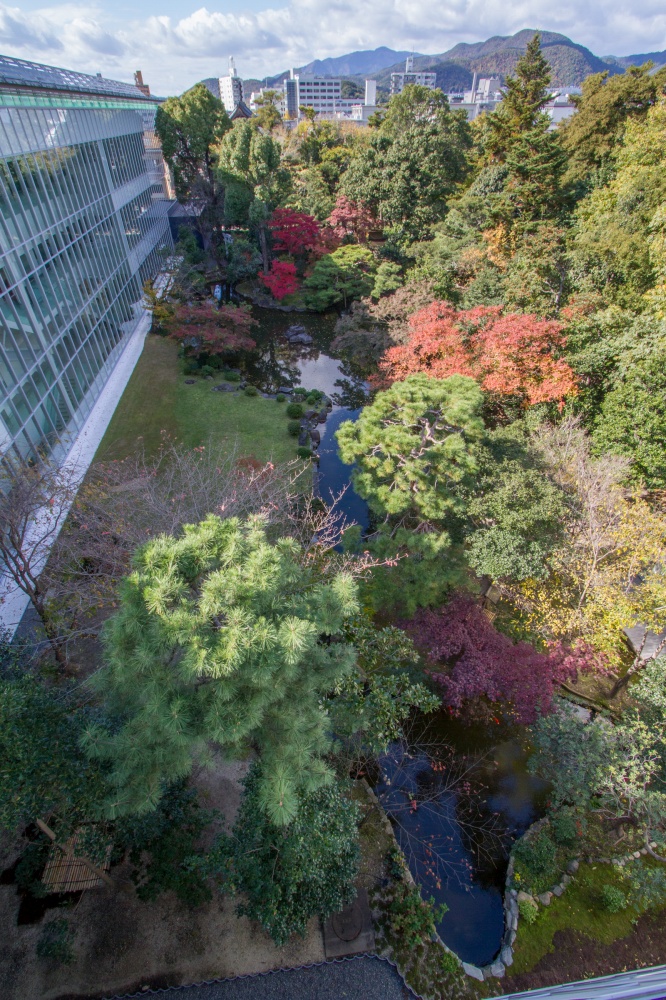 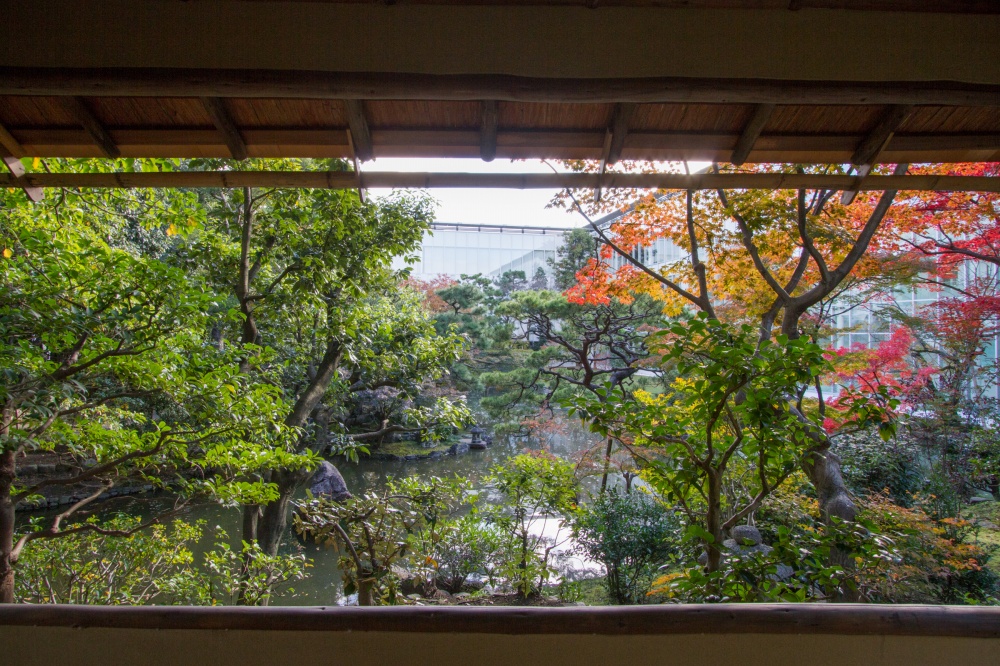 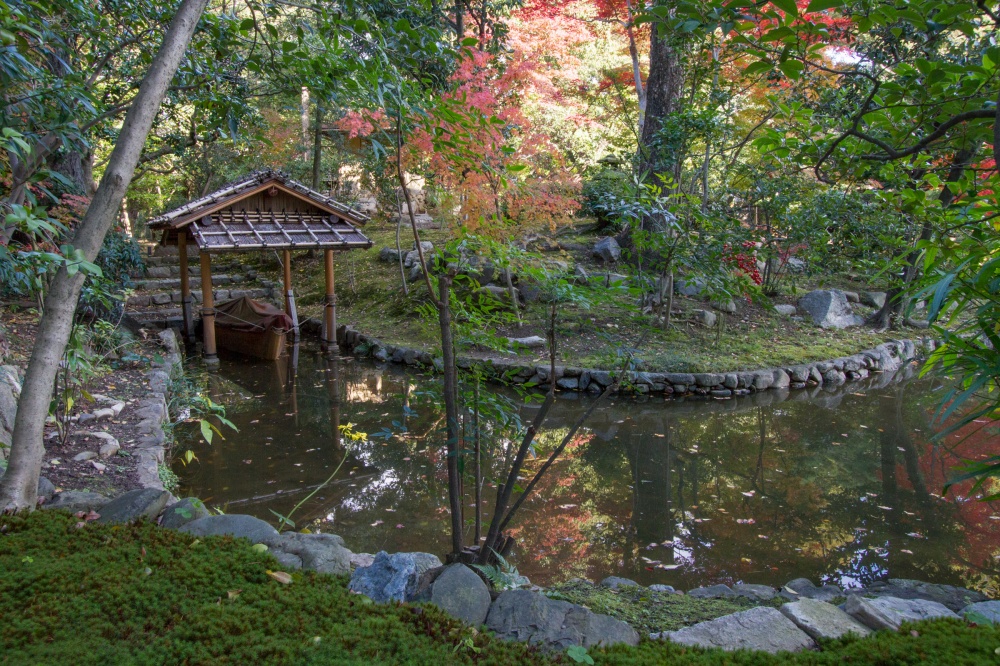 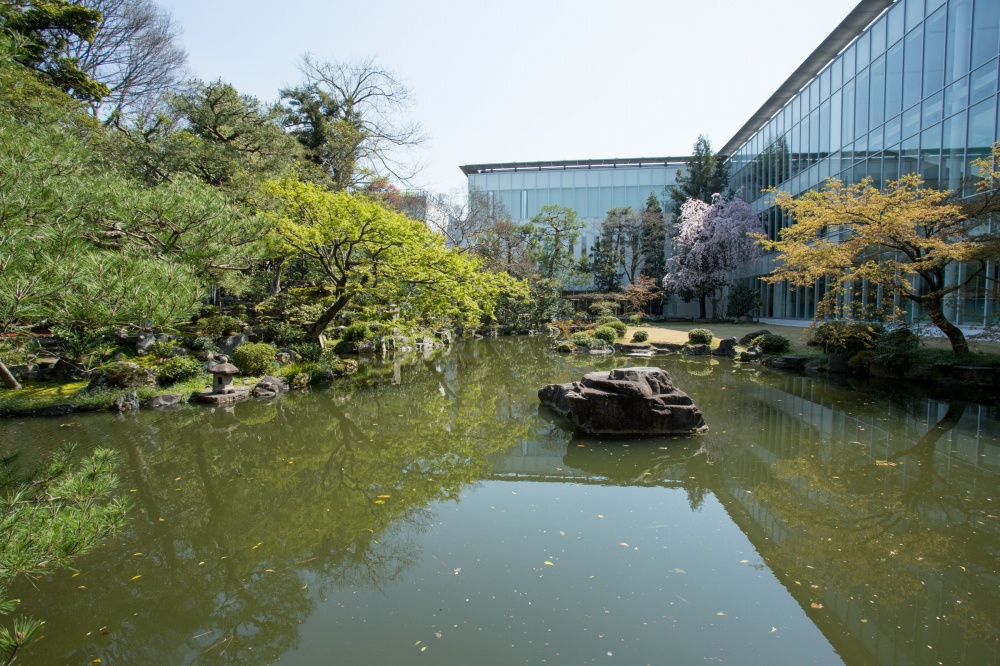 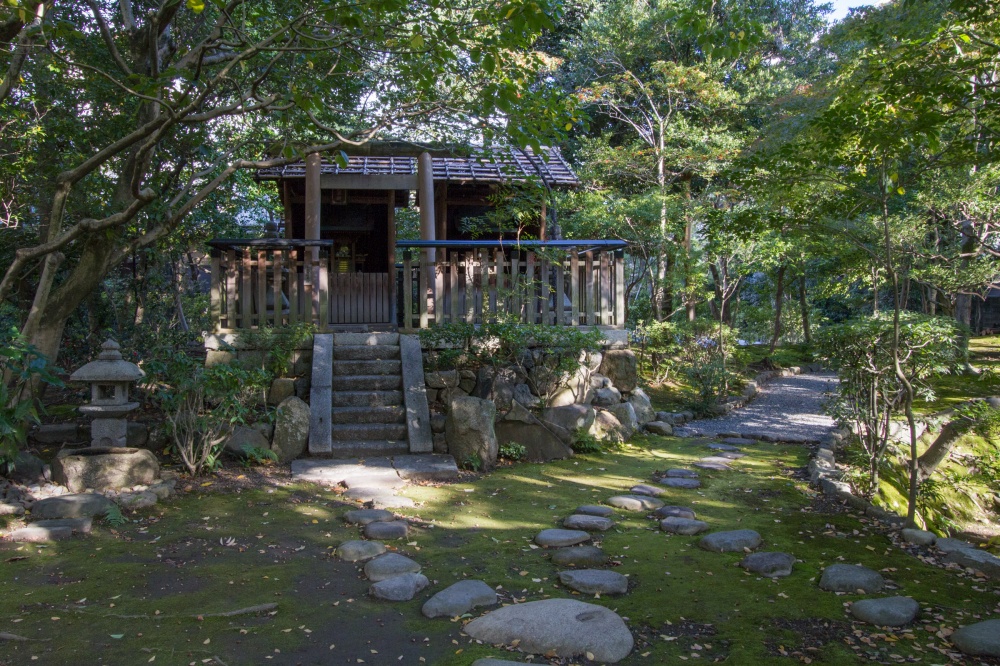 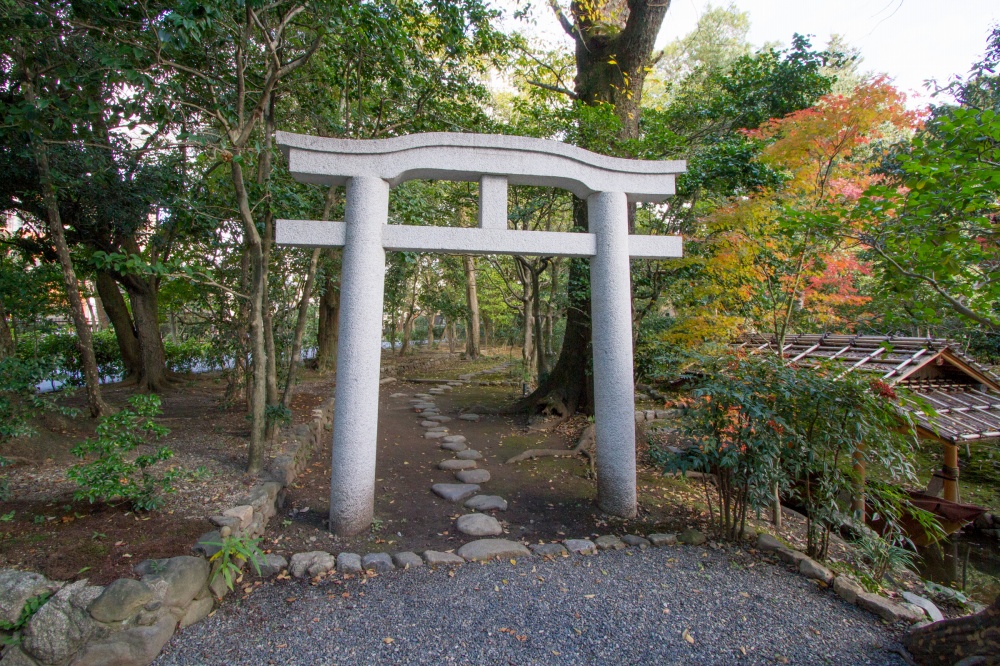 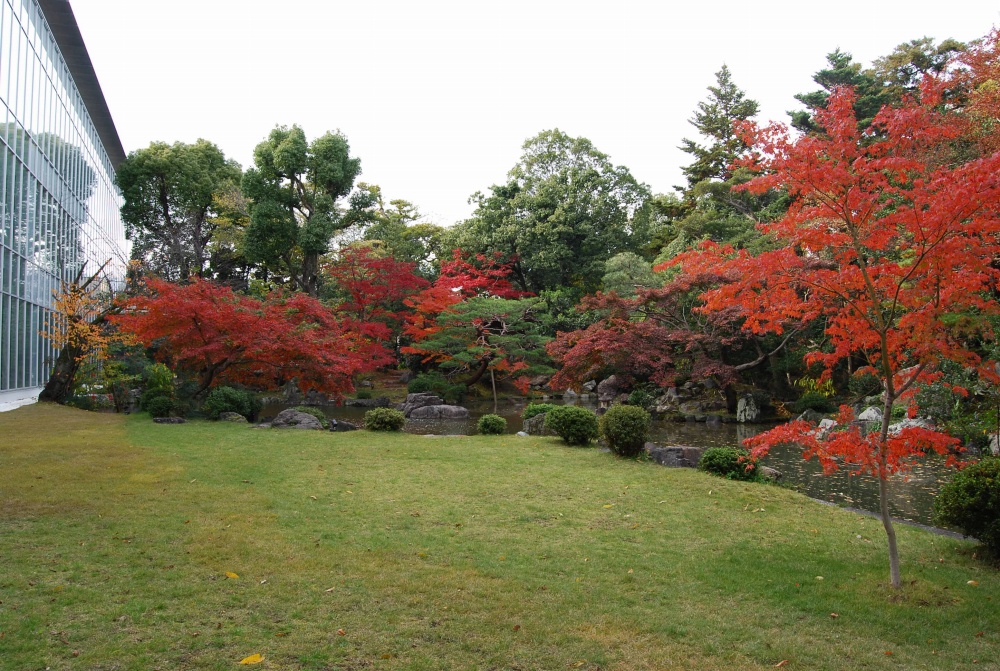 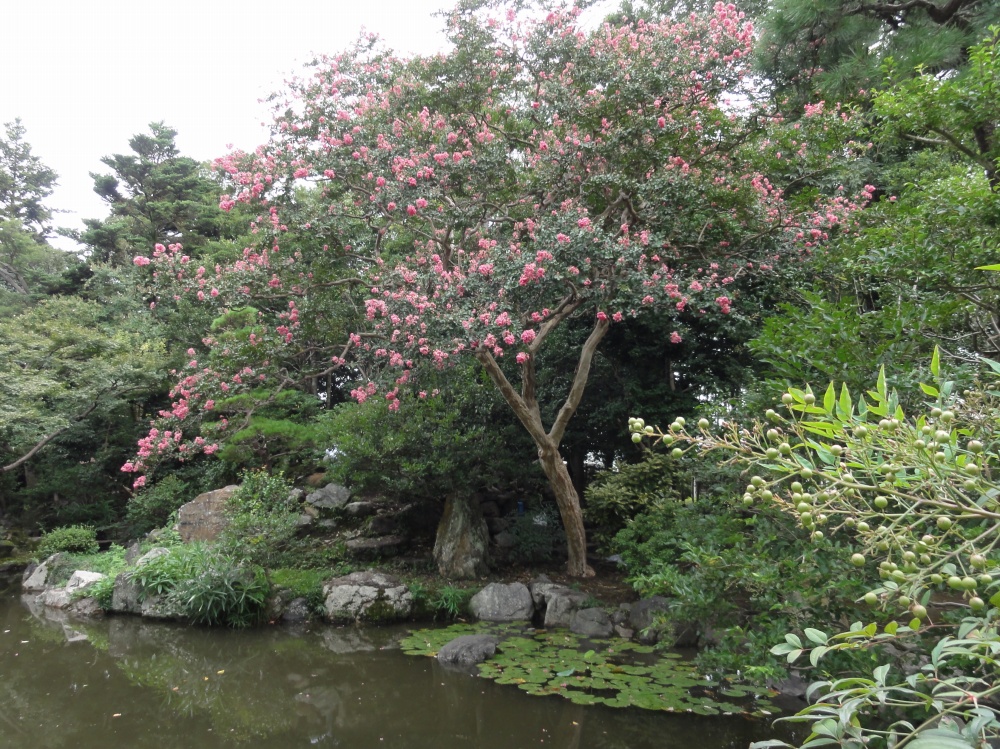 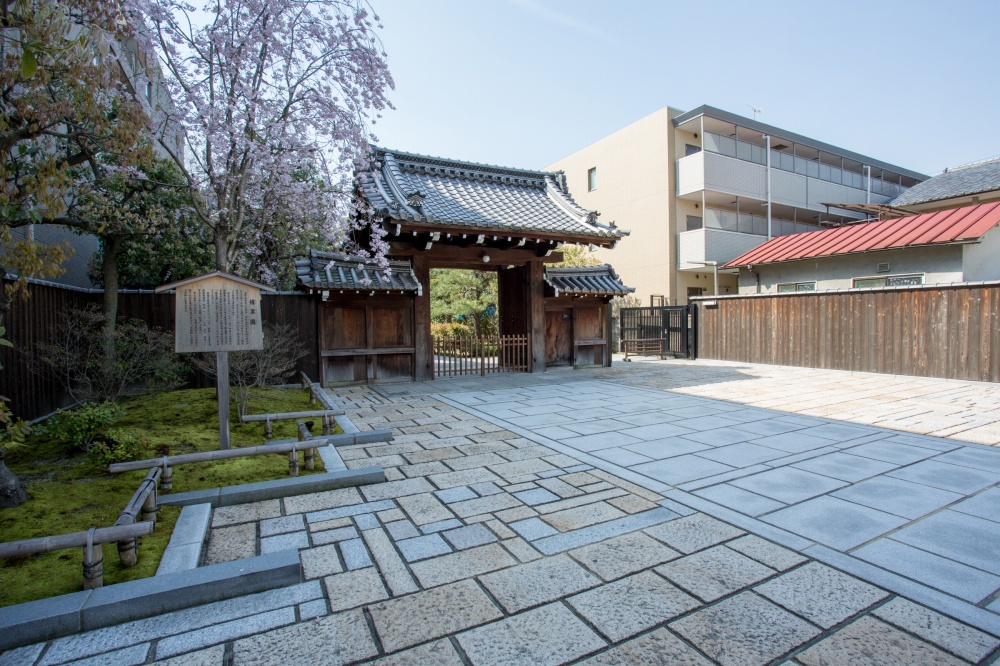 Yosui-en is a strolling pond-style garden with flowering trees like weeping cherries, dogwoods, maples, and white camellias that bloom around the pond in different seasons and convey a deeply refined sense of taste.

The garden is said to have begun as the residence of Hosokawa Mitsumoto, chief deputy (kanrei) to Ashikaga Yoshimitsu, third shogun of the Muromachi period (1333-1603). When Hosokawa died in 1426, the residence was remade into a Buddhist temple named Gansu-in. What Yosui-en looked like during its history as Gansu-in Temple is not clear. But extant records reveal that between 1521-28, a full century after Hosokawa's death, it became a temporary residence for Ashikaga Yoshiharu, the Muromachi period's twelfth shogun. At that time, it had a garden on its premises that some people would visit for sightseeing.

Gansui-in Temple is thought to have been devastated amidst Japan's protracted period of civil war during the late fifteenth and sixteenth centuries. But at the turn of the seventeenth century, Shogun Tokugawa Ieyasu gave the temple's grounds to Goto Chojo, the second son of a family of metalworkers going back several generations. Remnant drawings reveal that it had both a pond garden and a teahouse.

Yosui-en remained the Goto family residence until the Meiji period (1868-1912). Thereafter, it changed ownership several times, and its pond water appears to have dried up at some points. But since the pond was refilled with water during large-scale repairs made during the Taisho period (1912-26), the garden has remained largely unchanged up until the present day.