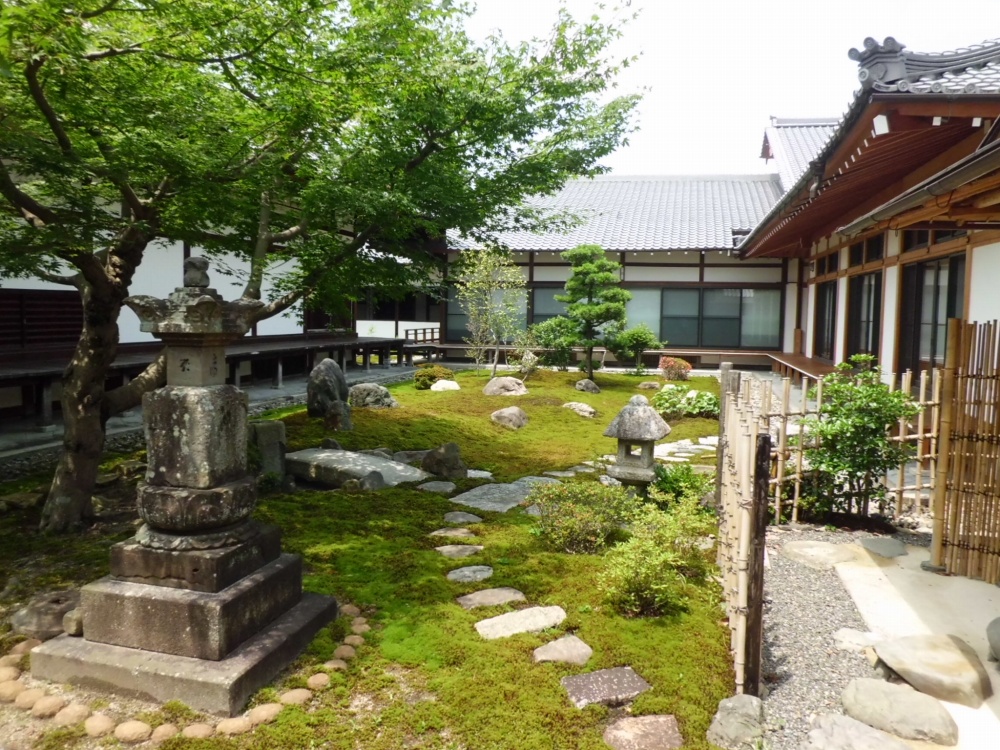 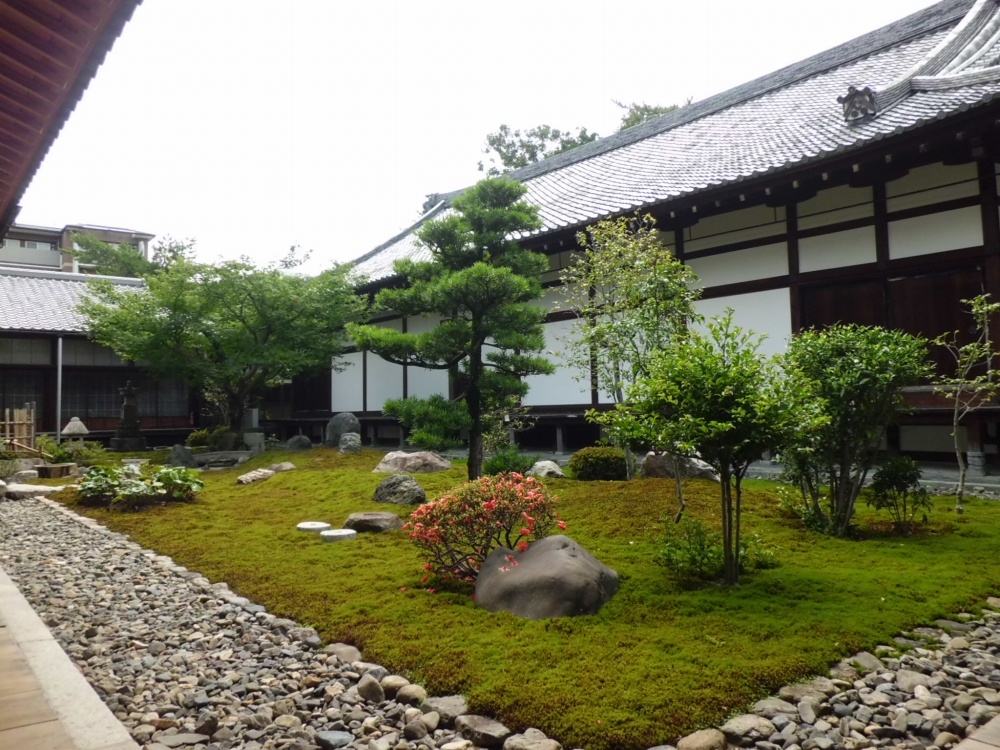 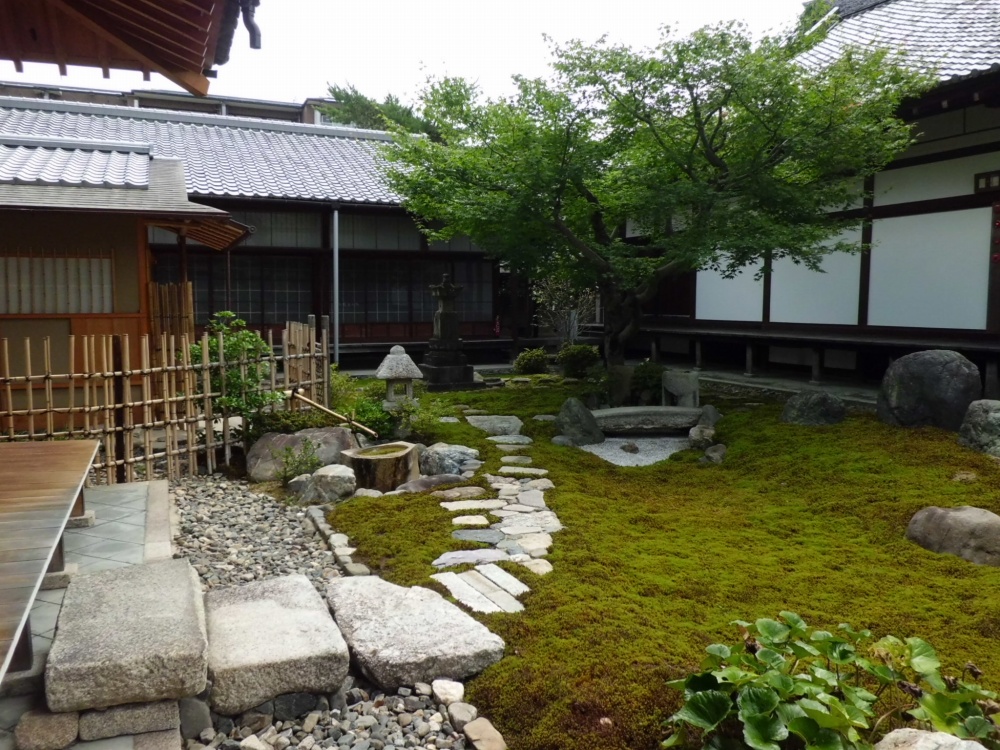 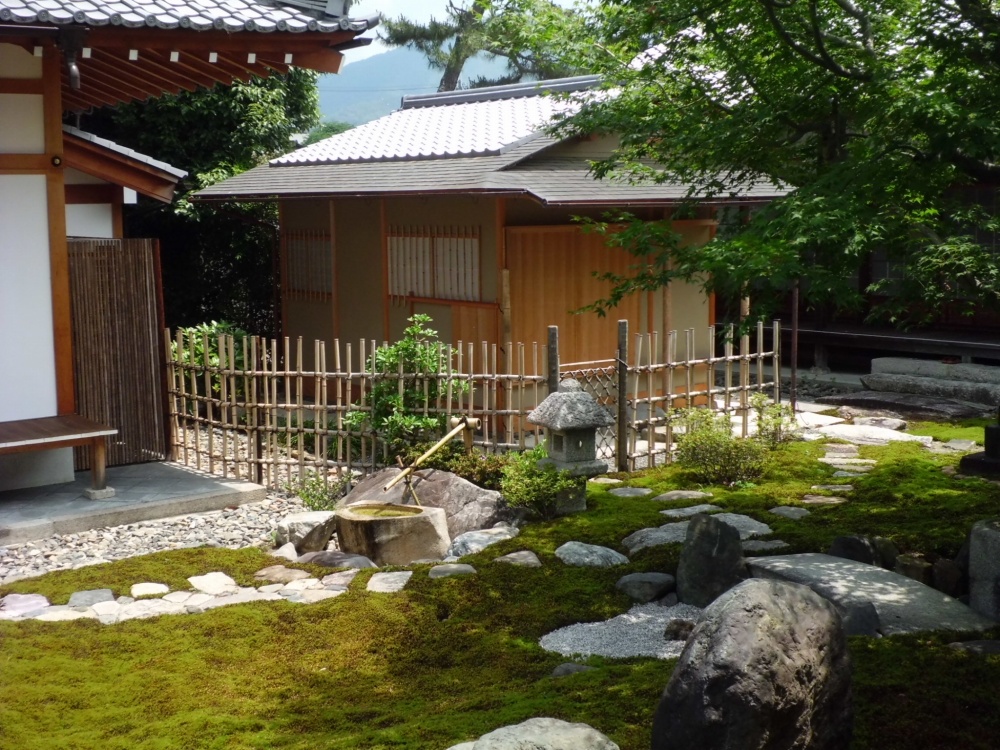 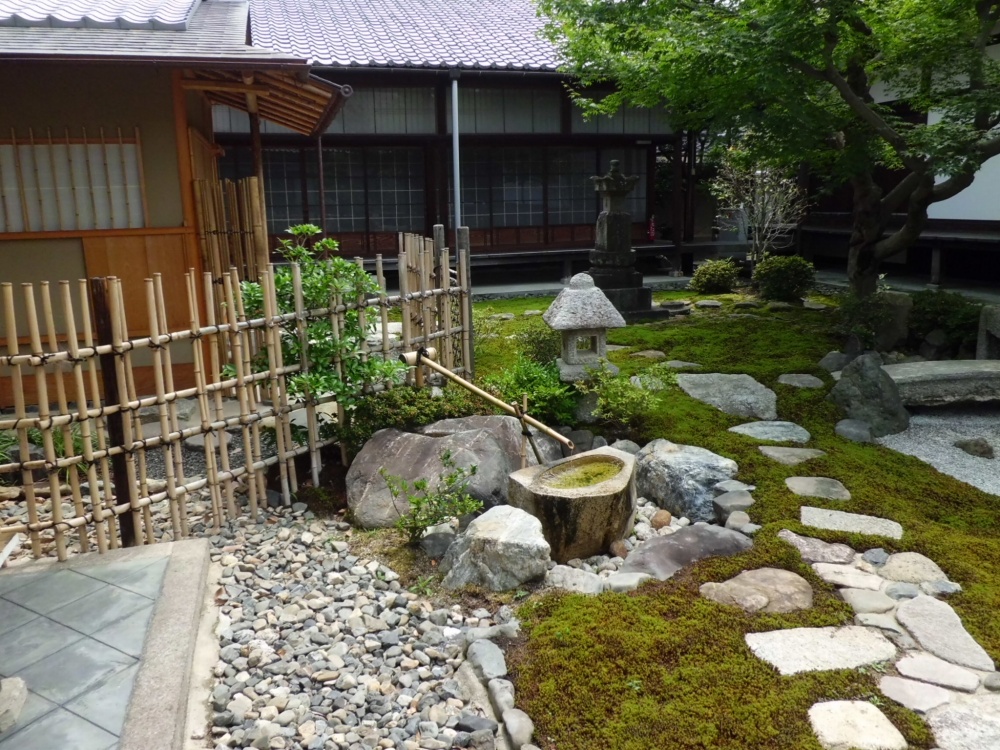 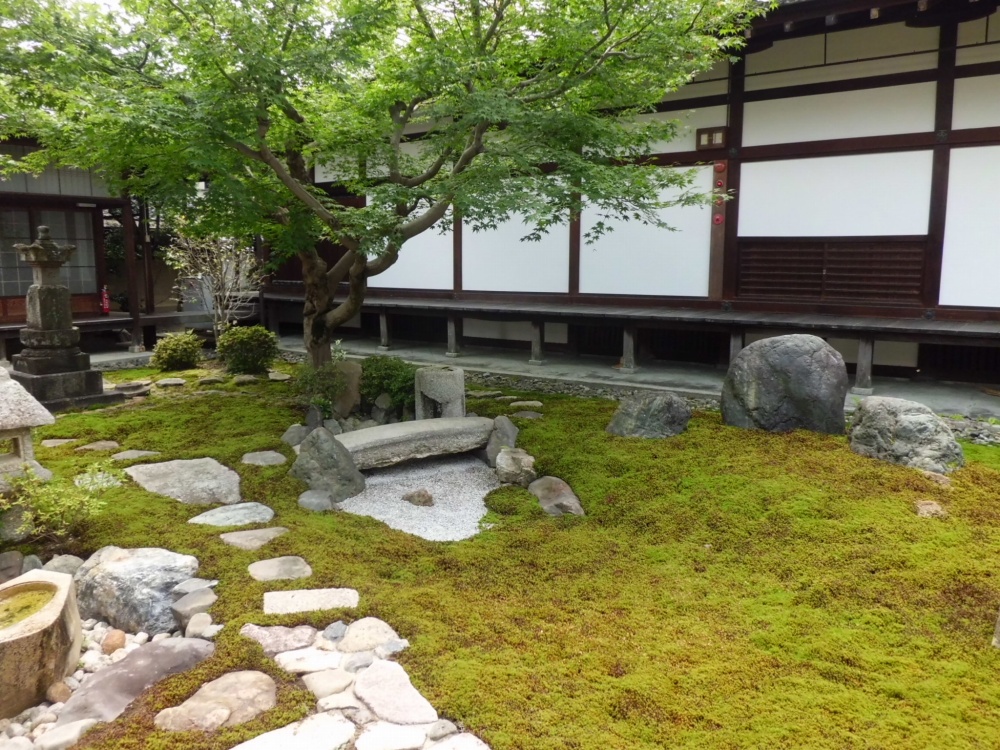 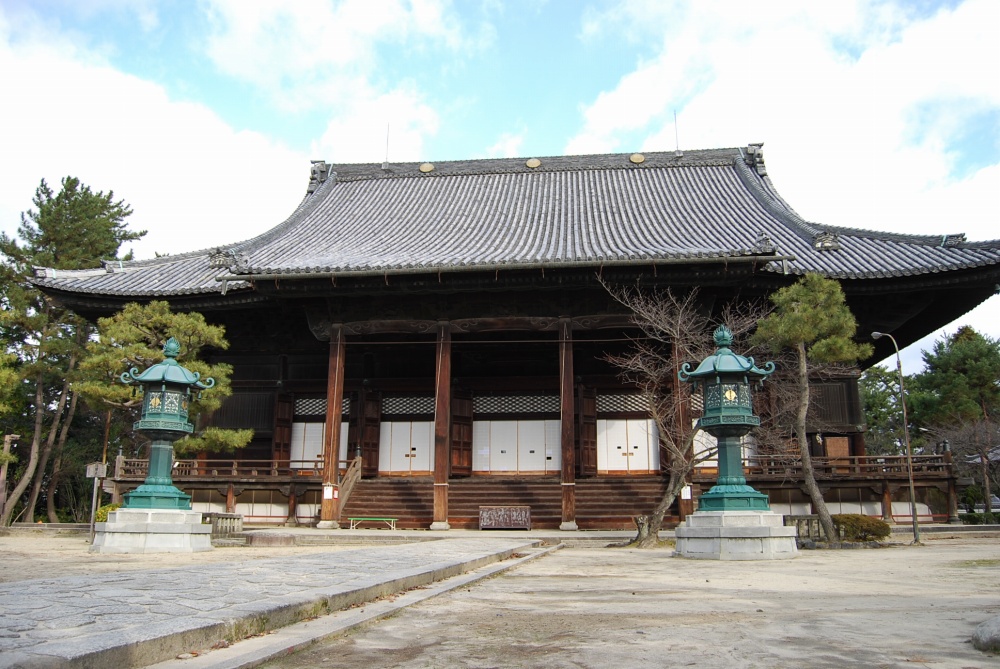 Chion-ji Temple is also known by the more proper name of Hyakumanben Chion-ji Temple. Its history begins when Honen took up residence at Kamigamo Shrine’s Buddhist chapel (jingu-ji). After Honen’s death, his disciple Genchi named the temple Chion-ji (“Temple of the Knowledge of Virtue”) in memory of Honen’s virtue. Emperor Go-Daigo later named the temple Hyakumanben, meaning “one million times,” a reference to chanting the nembutsu* mantra one million times. The temple was relocated several times before settling in its current location in 1662.

At Chion-ji Temple, a garden was created to the south of its small abbott hall (kohojo) to commemorate the 800th anniversary of Honen’s death. The garden expresses Honen’s teaching that three minds are required to recite the Pure Land nembutsu* mantra and four modes of practice to enter the Pure Land paradise. Moving from left to right, the garden expresses the three minds of “sincerity,” “profundity,” and “turning all desire toward entering the Pure Land,” and uses scenic stones to express the four modes of practice of “reverence,” “wholeheartedness,” “devotedness,” “exhaustiveness,” “ceaselessness,” and “long-term practice.”

The garden makes it easier to feel the three minds in Honen’s teachings with its camellia trees and leopard plants, which in Japan are symbols alluding to “sincerity” and “profundity,” moss that expresses the sea and evokes “profundity,” and a stone bridge that expresses the circulation of virtue that occurs by “turning all desire upon entering the Pure Land.” Additionally, the three stones set toward the middle of the rear and on the left hand side of the garden form a Buddhist triad stone arrangement expressing the Amida Buddha and the bodhisattvas Kannon and Seishi and also simultaneously Honen, founder of Chion-ji Temple, and his second and third successors Genchi and Shin’e. Through these and other features, the garden is designed to be one befitting the head temple of the Pure Land sect of Buddhism.

*The term nembutsu refers to the Pure Land Buddhist practice of chanting the name of the Amidha Buddha to be reborn into the Pure Land. In Japanese, it is typically pronounced “Namu Amida Butsu.”