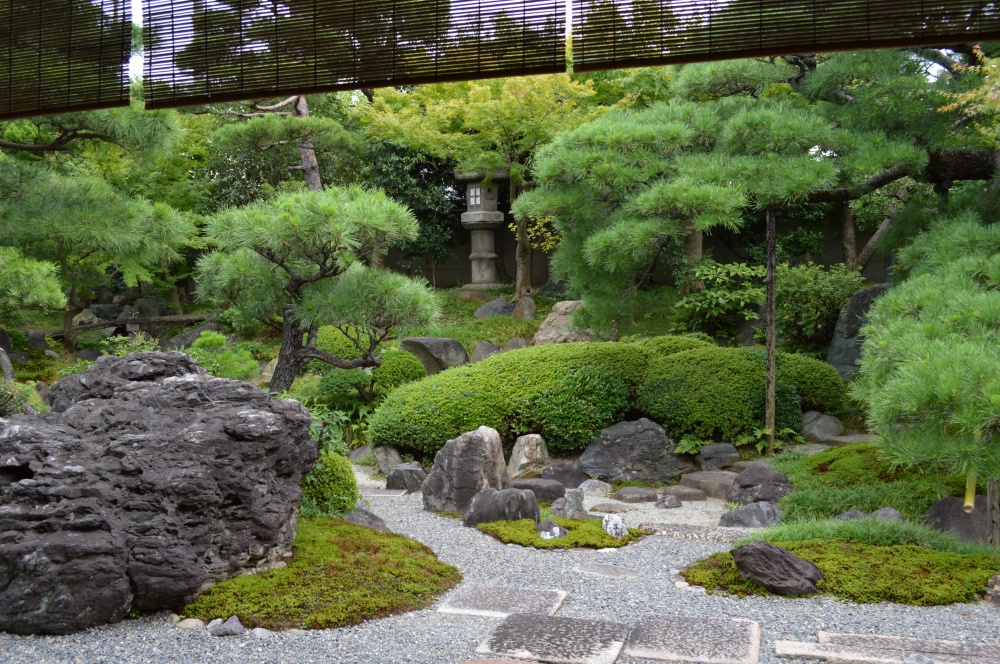 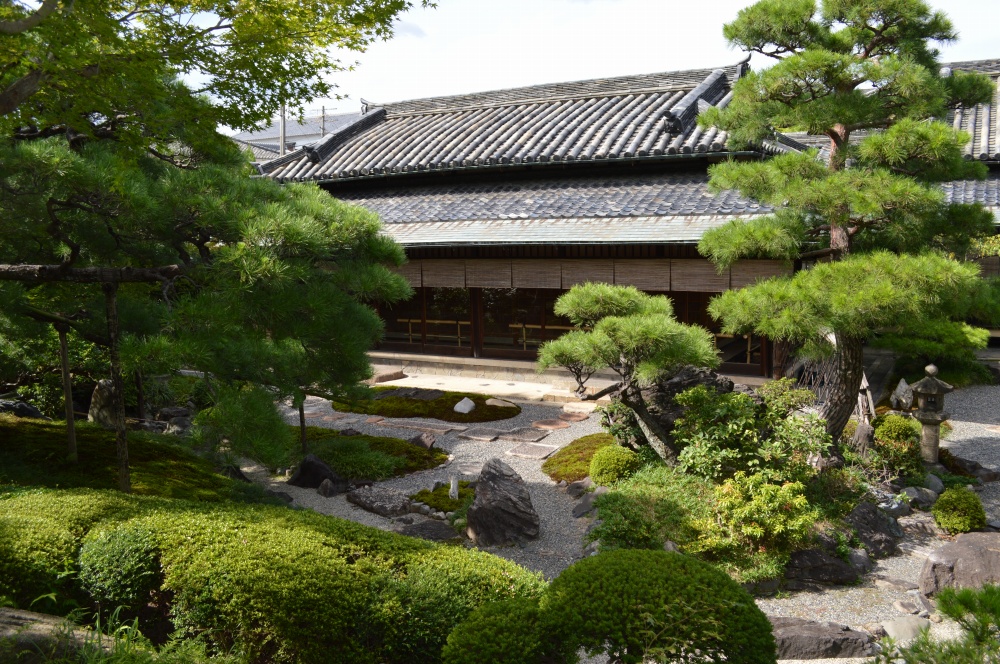 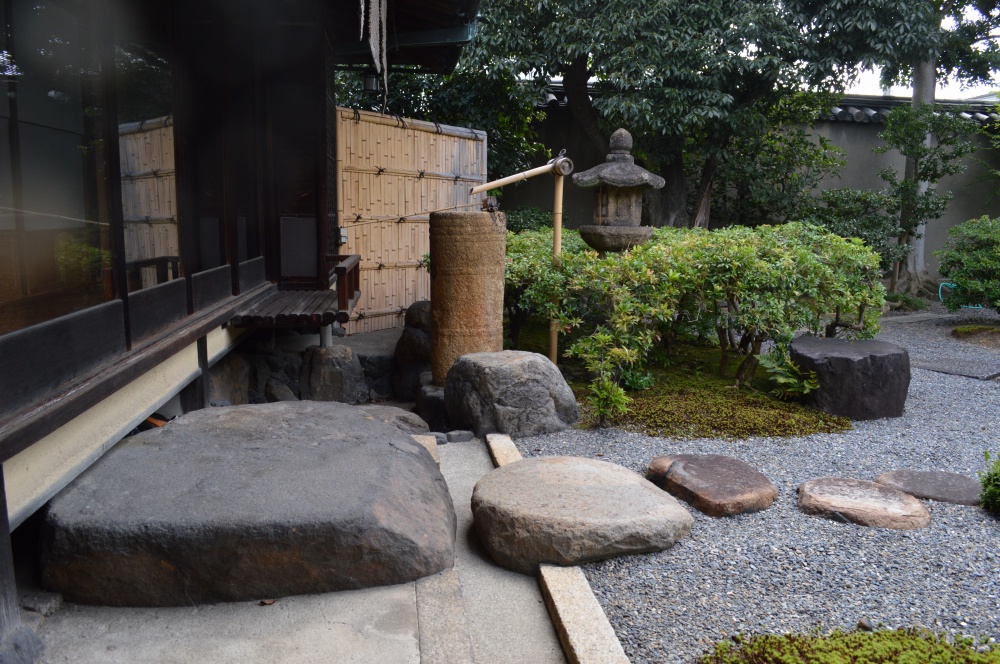 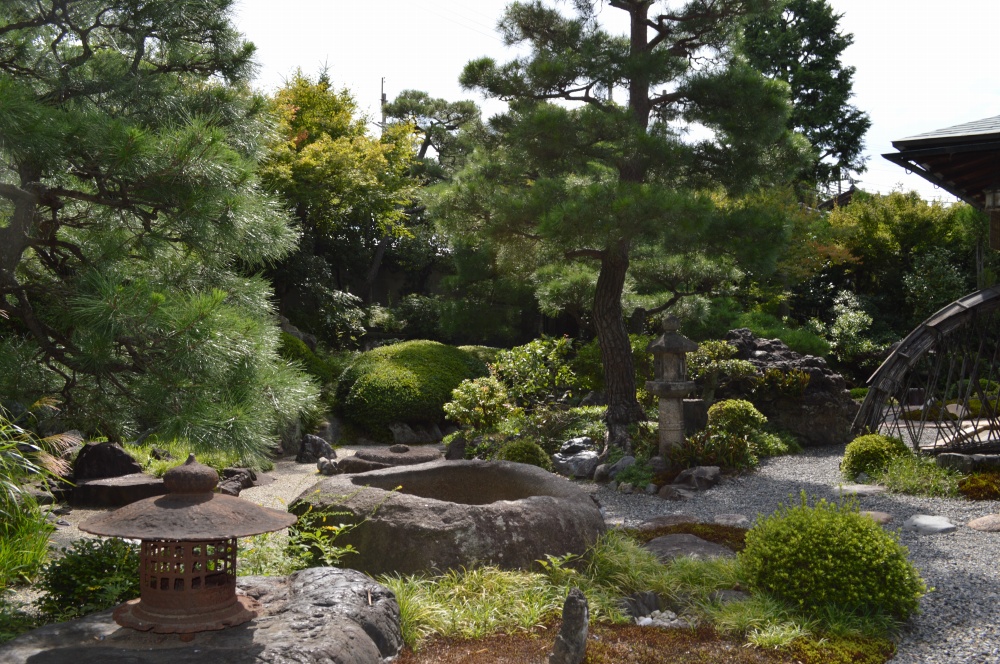 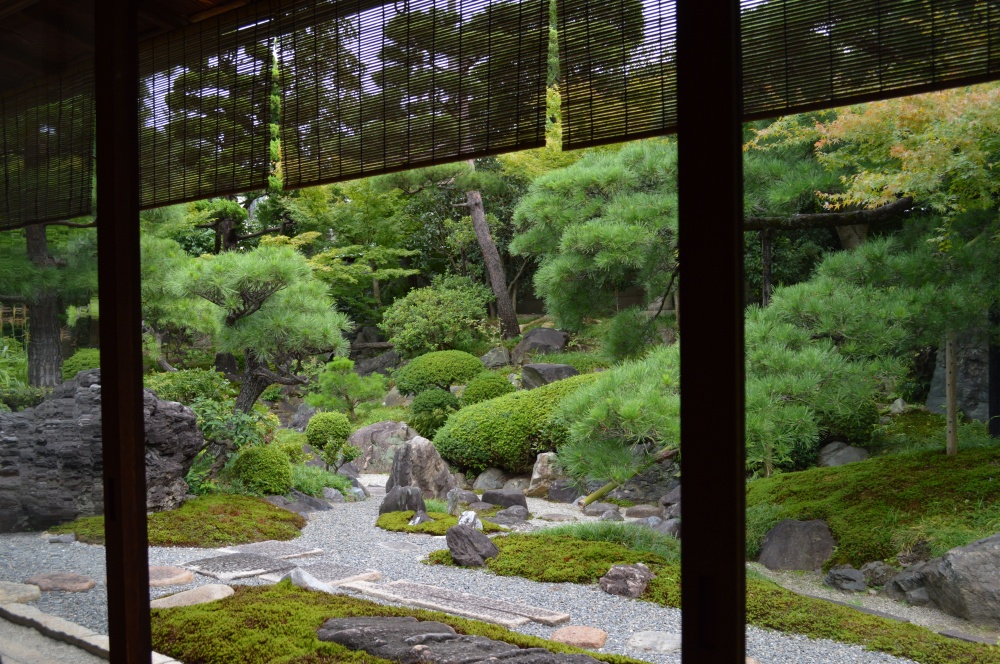 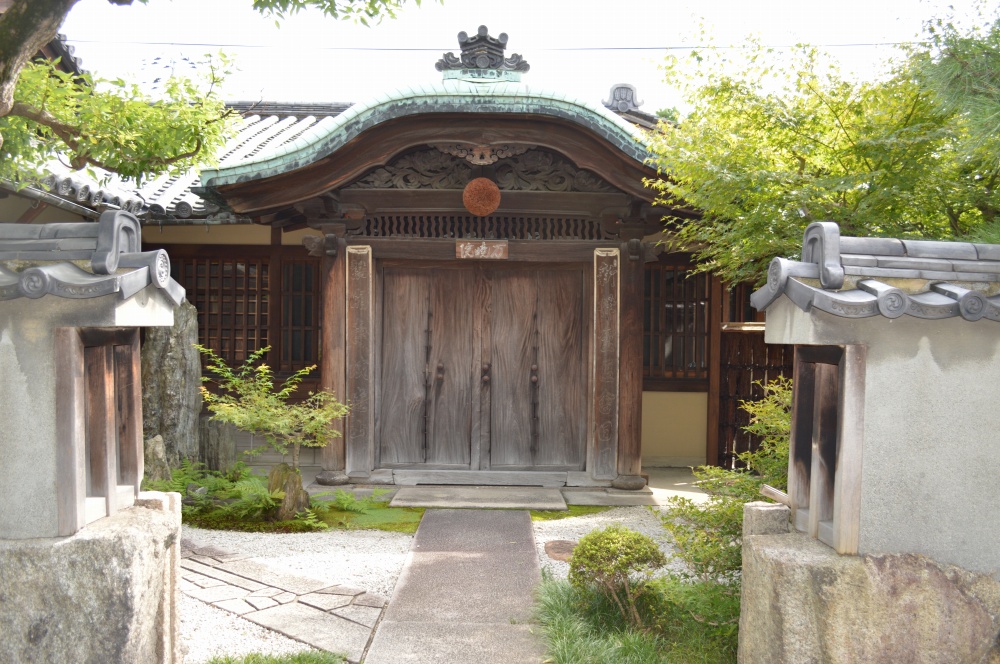 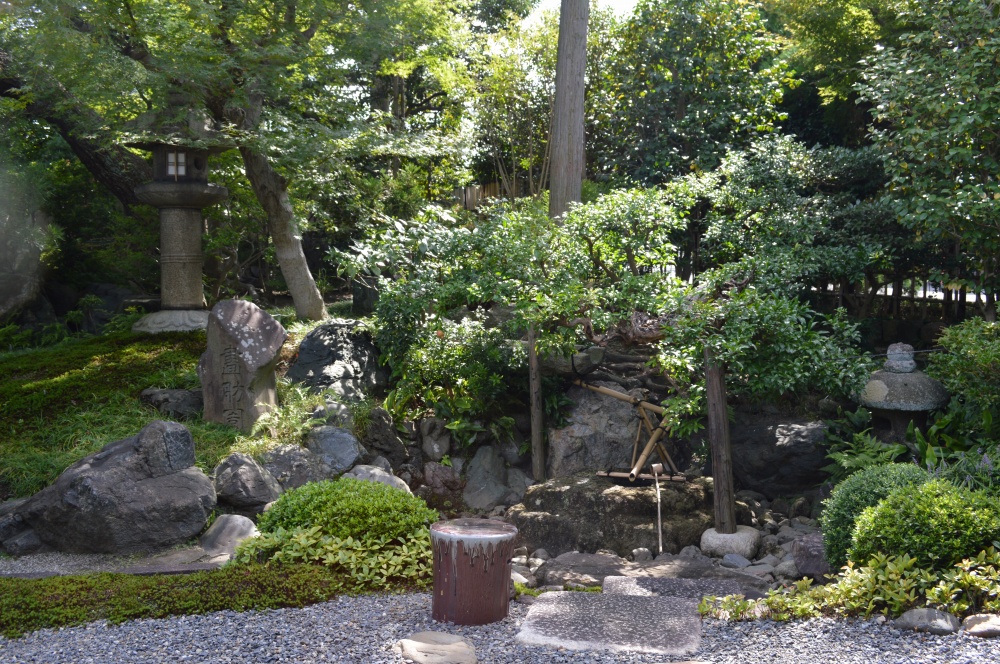 The Matsumoto Sake Brewery in Kyoto's Fushimi area is a company with a long history that has provided premium quality sake for over two centuries since its founding in 1791.

One area of this sake brewery site features a guesthouse called Mangyo-in (Hall of Ten Thousand Sunrises) that was completed in 1954 and a dry landscape garden called Gabo-en（Pleasure Boat Garden). The name Mangyo-in derives from the fact that it took thirty years, or roughly 10,000 days, from its planning until its completion. Likewise, the name "Gabo" means a pleasure boat decorated with various ornaments. The garden was named Gabo-en in the hope that people would look upon it with the same feeling as they would look at the scenery that surrounds a boat.

The entrance area was relocated from Shoden-in, a sub-temple of Kennin-ji Temple once restored by tea master Oda Uraku (1547-1622) after being devastated in the sixteenth century. The temple's beauty and its Jo-an tearoom were renowned during the Edo period (1603-1868). The garden features historical stone items collected by current company president Yasuhiro Matsumoto's grandfather and father collected over nearly thirty years. These include an Oribe-type stone lantern, a Taiko stone hand-washing basin, and an Asuka period (592-710) stone structure used as a foundation stone. There are also famous stones such as Kurama and Kibune stones set throughout the garden.