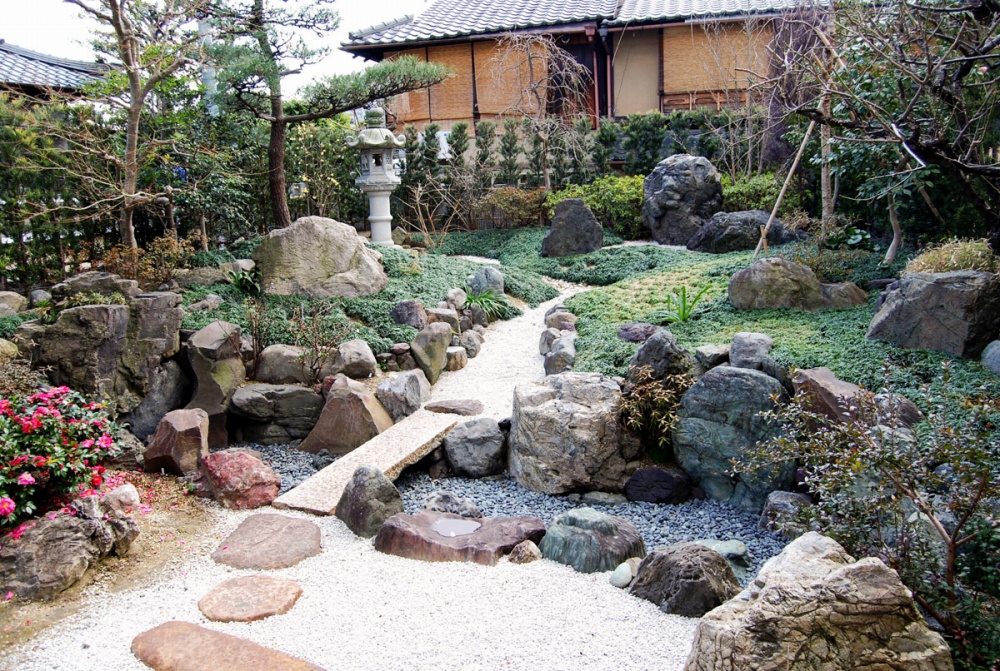 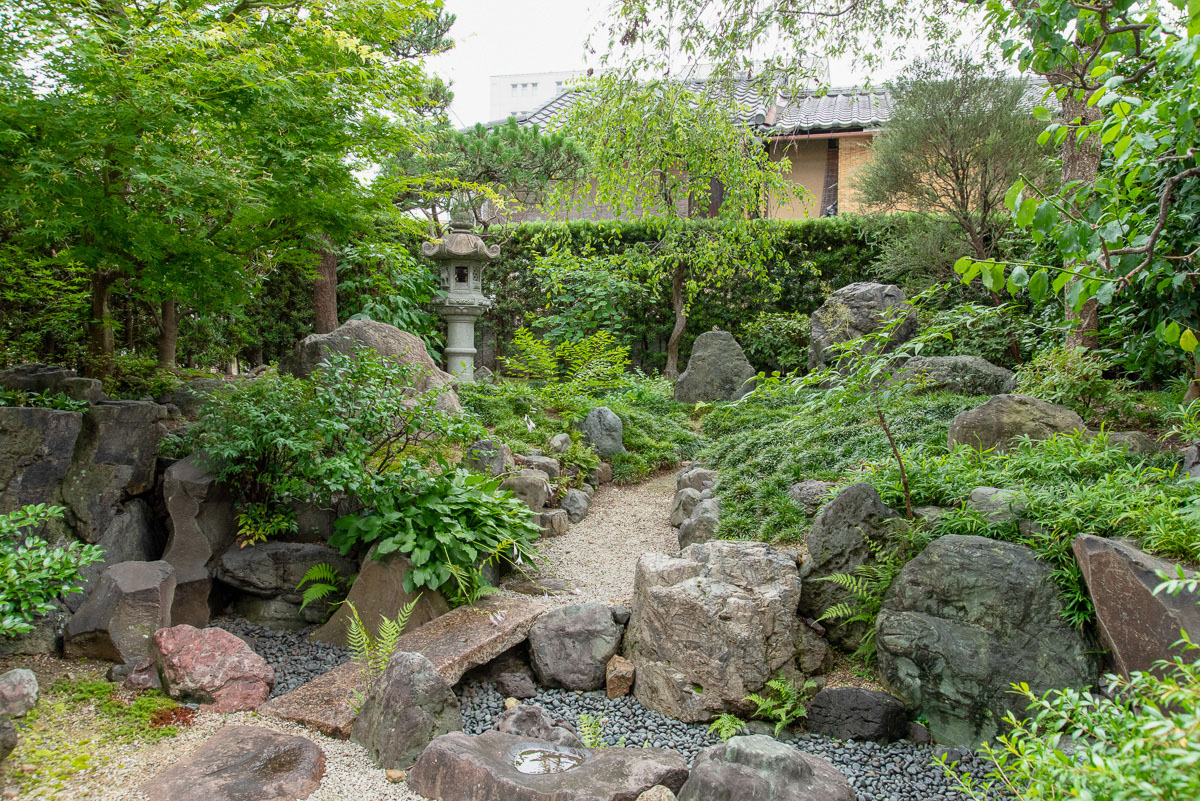 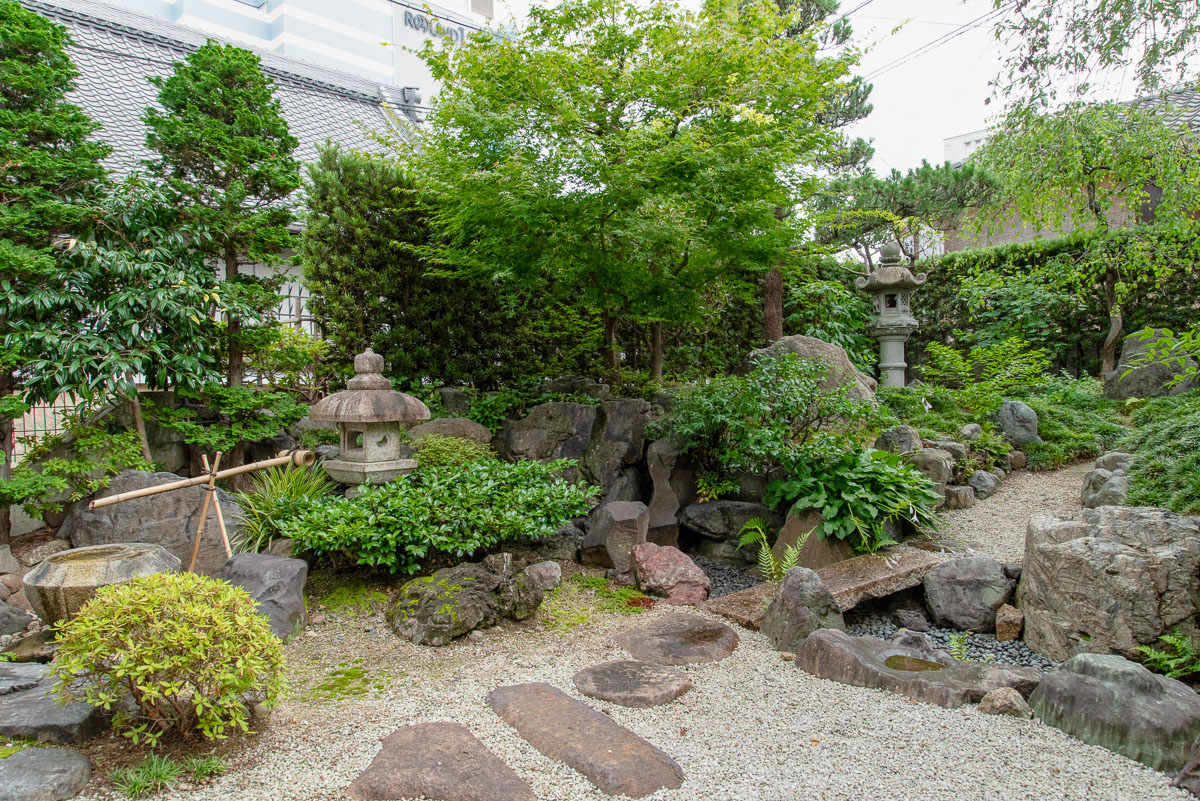 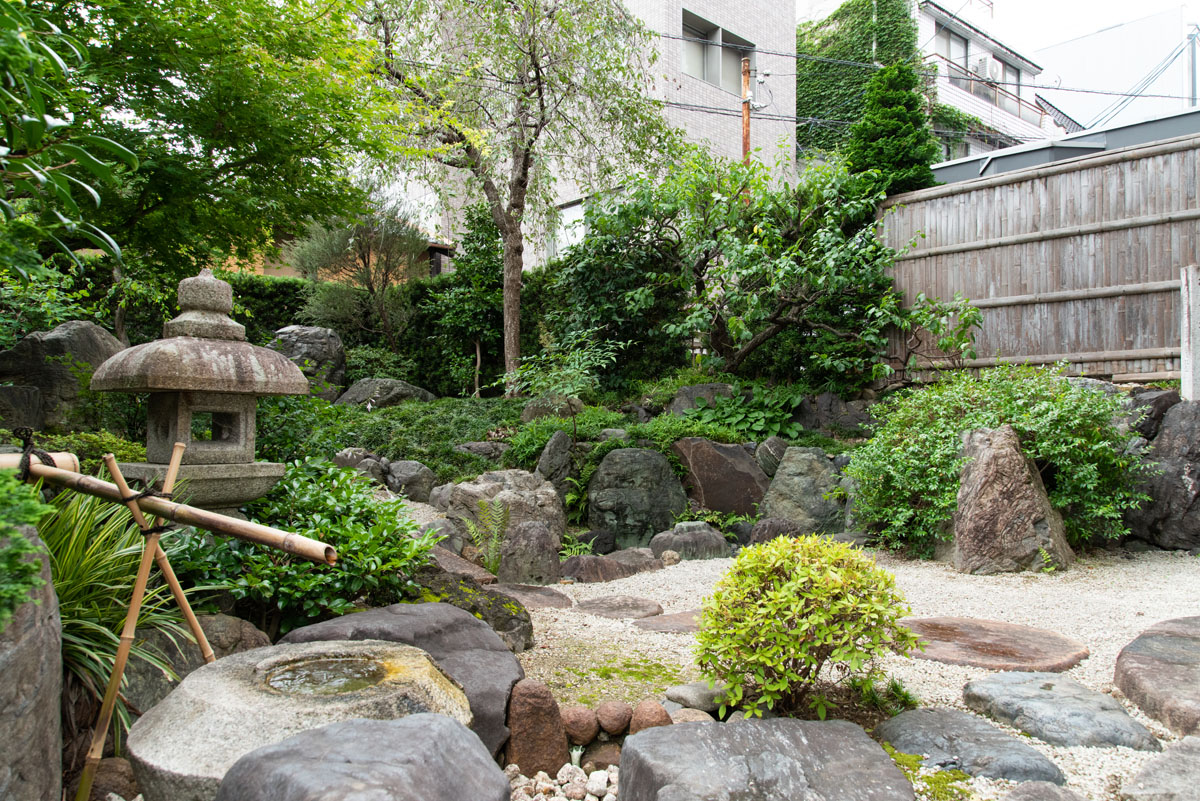 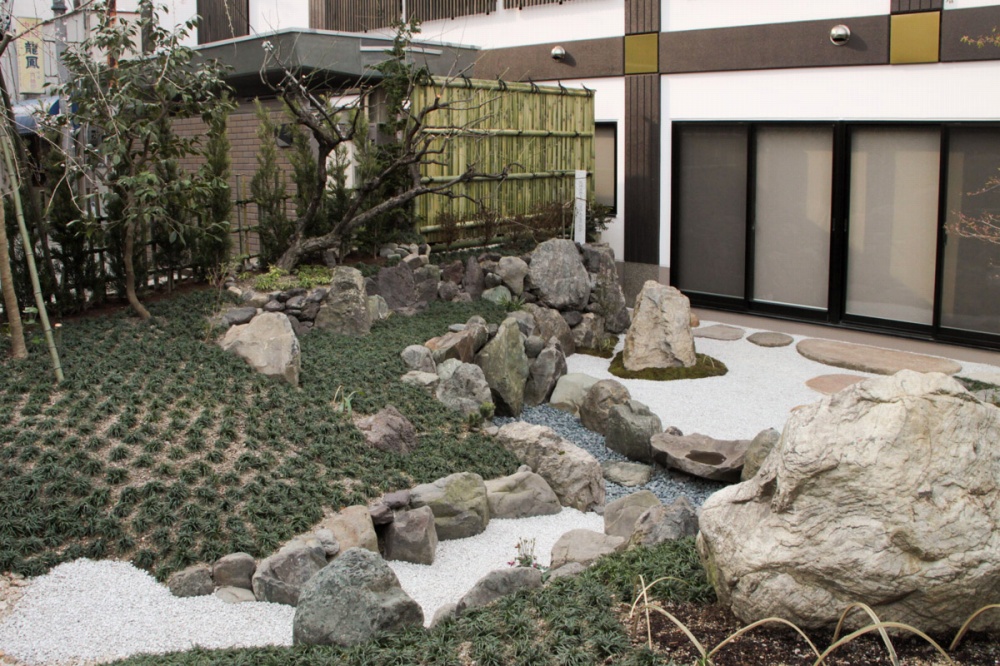 Seigan-ji Temple is said to have been constructed in 667 by the imperial decree of Emperor Tenchi. It was originally built in Nara, but was relocated to Kyoto’s Ichijo-ogawa district (present-day Kamigyo Ward) during the early thirteenth century. In 1591, it was relocated once again, this time to its present location in Sanjo-Teramachi, as part of the warlord Toyotomi Hideyoshi’s redevelopment of the Teramachi area.

The garden at Seigan-ji Temple is based on the theme of “The Two Rivers and the White Path (nigabyakudo),” a teaching of the Chinese monk Shan-tao (613-681), who greatly advanced the cause of Pure Land Buddhism in China under the Tang dynasty. This parable is a metaphor taken from Shan-tao’s Commentary on the Meditation Sutra, which explains how to be reborn into the Pure Land despite living a life beset by peril. Because this parable was referenced by both Honen and Shinran, the monks most closely associated with Pure Land Buddhism in Japan, many Japanese Pure Land sects have depicted it pictorially.

The following is the parable of “The Two Rivers and the White Path.”

A traveler was headed west (in the direction of the Pure Land). He felt the presence of something behind him and turned around to find he was being chased by thieves and beasts (metaphors for evil and temptation). The traveler fled and came to a place where there were two rivers outspread. The river to the south was a blazing river of fire (a metaphor for human anger and dissatisfaction) and the river to the north was a river of deep water (a metaphor for human greed). The traveler was at a loss as to how to proceed and began to lose heart. Should he go forward or turn back? Stuck in a bind, the traveler took a closer look at the two rivers of fire and water and saw that between them there was a white path (representing pure devotion to rebirth in the Pure Land) about 15cm wide that stretched in a straight line toward the west. He then heard from the eastern shore the Gautuma Buddha’s voice saying “Go” and from the western shore the Amida Buddha’s voice shouting “Come!” The traveler then walked along the path chanting the nembutsu mantra with all his heart and was thus reborn into the Pure Land.

Considering the side of the garden nearest to the temple’s main hall as east and the garden’s opposite side as west (representing the Pure Land), the left side facing the stream in the center becomes the river of fire and the right side the river of water. The shore bank stones on each side respectively use red and blue tinted stones. The stone bridge built over the stream represents the white path and the three scenic stones on the other side are a triad stone arrangement representing the Amida Buddha and the bodhisattvas Kannon and Seishi . Hence, this garden provides a complete expression of the teachings in the parable of “The Two Rivers and the One Path.”

Location: Nakagyo-ku, Kyoto
Accessibility: not open to the public