Murin-an garden, which Ueyakato Landscape operates as its designated manager,  was the main venue for the live broadcast of “Kyoto Autumn Colors, Live 2018: Autumn Evenings Filled with Meiji Period Romanticism,” a television show co-sponsored by KBS Kyoto and BS11. This two-hour special introduced a series of autumn color viewing spots from all over Kyoto. The Former Residence of Iwakura Tomomi, also operated by Ueyakato Landscape, was featured as well. At Murin-an, there were live performances of Noh theater and works created using moss, both of which were shown against the background of the garden’s autumn color scenery.

A special tea ceremony event held at Murin-an, which UEYAKATO takes care and operates as a designated management, was featured on NHK TV program “News 845 – Kansai News and weather.” To commemorate the original owner of the villa Aritomo Yamagata, the special Japanese tea ritual as a part of Tea Ceremony training was performed.

Murin-an was featured in the Panasonic’s new product Panasonic 4K Camcorder‘s promotion video as a beautiful signature view of Kyoto. The footage is about international tourists touring Kyoto including the scenes which the female tourist enjoying the autumn foliage in the Murin-an garden. Our gardeners thrive to keep tradition and technique through fostering gardens, pass down and preserve its beauty so that more local and overseas tourists could enjoy Japanese gardens in the future.

Murin-an, which UEYAKATO takes care and operates as a designated management, was featured on the Japanese BS Nippon TV program. The hostesses of the show discussed the food culture of Kyoto on the second floor of the main building overlooking the autumn view of the garden. 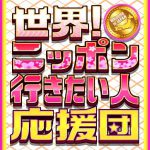 A seasonal event “Niwa-Andon: Murin-an Autumn Lantern Night-Meet the Kyoto Garden Artisans” at Murin-an was featured on the KBS Kyoto radio. The program focused on the value of the garden as Meisho -a cultural asset and the key point of the event: gardeners’ talks added to the already breathtaking night view of the garden for visitors to indulge.

Murin-an was featured on the Asahi TV program called “Voice of Stone.” In the world, there are many cases where people find meanings in natural stones and intentionally arrange it, but as a case in Japan, the program mainly focuses on how to handle stones in Japanese gardens and its historical changes. Our company president Kato talked about the characteristics of the stone arrangements in the Murin-an garden as an example of modern Japanese gardens. It was a unique program to introduce a different perspective to appreciate the garden.

A special event called the 22nd “Evening of Harvest Moon Viewing” at Keihanna Commemorative Park was featured in the “My Keihanna” on KCN Kyoto TV from October 16th to 31st. The Keihanna represents Japanese culture, environment, and lifestyle. UEYAKATO fosters and operates the park providing services and events for locals to enjoy, such as live music, star viewing, art exhibit alike. We strive to bring the community together by hosting those cultural events.

Our company president and a senior garden craftsman were featured in a KBS TV program called Kyoto Roman on October 1st, 2017. At Nanzen-ji Temple, the president Kato talked about the history behind temple structures, traditional paintings and etc. Then at Murin-an, Sakaue the gardener introduced our fostering method, history, and some key viewing points of the acclaimed garden. We continue to convey the aesthetics of Japanese gardens through media as well as by giving unique tours only given by garden artisans.

Both historical sights Nanzenji Temple and Murin-an were featured in the BS Asahi tv program “Hyakuji Jyunrei”. The striking footage of the view from the second story of the Sanmon (a large temple gate), sub-temples and their Zen gardens were shown. A highlight was the unique combination of the Roman inspired Suirokaku (a waterway landmark) and the surrounding Japanese traditional scenery. At Murin-an, our veteran garden craftsman Sakaue introduced the aesthetic points of the garden.

Murin-an was featured in the KBS Kyoto tv program “Oyakamassan”. The program introduced Ueyakato’s unique management efforts and the history of the Place of Scenic Beauty. The scenic points of the garden were presented as well as the special morning quiz, only available in the summer months July and August.

Nanzenji Temple and Murin-an were featured in the Japanese TV program MBS Saturday Plus. Our garden director Sakaue and a famous TV personality Madame Dewi toured with humour around the sites such as the historical Sanmon (a two-story gate to a temple) and the unique scenery with the Suirokaku (a waterway landmark). At Murin-an, they enjoyed the tranquil sound of the stream, the signature feature of the modern Japanese garden.

The discovery of a pink cricket-Euconocephalus thunbergi by our staff member Inamoto at Keihanna Commemorative Park was featured in the Mainichi Shimbun. This rare color was thought to have caused by the lack of some pigment, which was discovered in “Suikei-en” area of the Keihanna on 17th July. This rare insect is displayed at the Visitor Center. TV Asahi “Super J Channel” also featured this discovery on November 8 and aired that the colorful cricket is popular especially among children.

Murin-an was featured on Japanese TV (“Kansai Johou Net ten”).  The program described the original owner, Yamagata, and his garden ideas and perception. Both an easy to understand and entertaining program, in which also our president Kato appeared to explain the highlight of the garden, with the Higashiyama Mountains as the main focus of the garden. 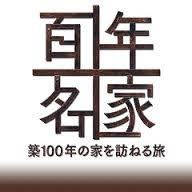 Shosei-en Garden of Higashi Honganji Temple, which we UEYAKATO take care of, was featured on Japanese TV (BS Asahi ‘Hyakunen Meika’). Both the history and key scenic points were introduced in an easy-to-grasp manner and the well-known presenters Norito Yashima and Riho Makise gave a fun tour through the garden.  Along with the Prof. Shimizu of Kyoto Institute of Technology, our president Kato explained the main highlights of the garden.  We hope to welcome more visitors to this miraculously preserved gem just walking distance from Kyoto Station.

The “Fresh Greenery Illumination”at Murin-an garden was featured in The Yomiuri Shimbun along with information on the garden and the event itself. Created by Jihei Ogawa VII (7th) under the politician Aritomo Yamagata’s instructions, now for the first time the garden is open at night for the public to enjoy the view of the lush fresh green.

Murin-an garden was introduced on two NHK Radio programs (“Kansai Doyo Hot Time” & “Kansai Radio Wide”).  Our company president Tomoki Kato and garden craftsman Tomio Sakaue were interviewed about various topics such as the current “Fresh Greenery Illumination“, the benefits and feature of having a garden craftsman as a guide and, in addition, the objective as a designated management company of a Place of Scenic Beauty such as Murin-an garden is. We had a rare opportunity to express the fascination of Japanese gardens on a radio broadcast.

Arte broadcasted a documentary on Murin-an Garden. Enriched by historical facts and scenes from the famous Gion festival of Kyoto, the documentary presented detailed knowledge of the garden and its current maintenance and fostering practices. We express our gratitude to the Arte team and appreciate their professionalism with which they covered Murin-an Garden. Link online in French or German (Available till Jun,13th, Europe only).

The Former Retreat of Tomomi Iwakura was featured on Nagano TV NBS program (“Focus ∞ Shinshu”). The episode portrays Taseko Matsuo, a female poet born in Nagano, and her contact to Iwakura in his retirement. The footage presented the well-preserved retreat in the nostalgic atmosphere of around that time.

Hojo Garden of Nanzen-ji Temple was featured on Japanese TV  (Kyoto KBS  ‘Kyoto Kokuho Roman’). Hojo is a National Treasure and its dry garden is said to be created by notable artist Enshu Kobori. The program depicts the history of Nanzen-ji and its present shape in a clear, simple way and reminds us how blessed we are to be responsible for taking care of this historically valuable garden.